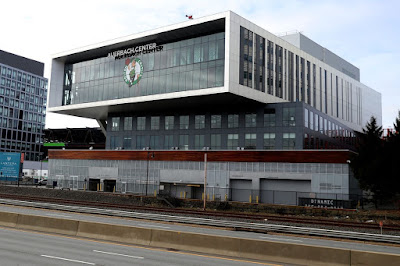 The Celtics, Red Sox, Bruins, New England Patriots and Revolution can resume workouts at their respective facilities, but have to be done in accordance with health protocols of each league, according to Baker.

Danny Ainge, who wanted to reopen the Auerbach Center last week for the Celtics, has announced that the team will begin voluntary individual workouts on Monday, while following the requirements with the city of Boston, the state, CDC and NBA. Only four players are allowed in the practice facility at one time to work out.

The league began to allow teams to return to their training facilities since May 8, as most of the NBA's franchises have taken advantage of the opportunity.

Commissioner Adam Silver is expected to make a decision within the upcoming weeks on the season resuming and an approximate timeline that includes a possible change in playoff format after meeting with the league's board of governors early Friday afternoon.