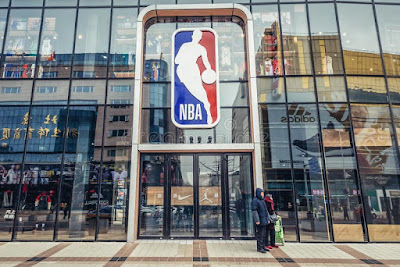 It appears that the NBA season could have potential return dates for the first time since being on hiatus as of March 11, due to the COVID-19 pandemic.

NBA insider Marc Stein tweeted out July 15 as an approximate date that the season could resume, with practices beginning in about a month from now.


Many around the league have been buzzing about the same rough timeframe described in this tweet ... practices that would launch one month from now ... with an NBA season resumption date in the July 15 range ... https://t.co/iHFoPniNGI
— Marc Stein (@TheSteinLine) May 21, 2020


Shams Charania of The Athletic reported on Thursday that the league has informed teams that they are in talks with many testing providers, which is the main factor for the season most likely restarting.


Sources: The NBA has informed its teams that it has engaged in discussions with several national coronavirus testing providers, which "will be a central component of any subsequent plan to restart the 2019-20 season."
— Shams Charania (@ShamsCharania) May 21, 2020


Over the last 24-hours, the league has emerged with somewhat of a proposed two-month timeline, allowing Adam Silver's plan to make a decision on either to continue or cancel the season within the next couple of weeks.

According to ESPN's Adrian Wojnarowski and Zach Lowe, the NBA is expected to issue guidelines around the first of June, giving teams time to call players to return to their home markets who have left in order to prepare for the season to restart.

While the NBA is still looking at all possibilities of a remote location, it seems that Disney World in Orlando is the most likely scenario for training camp which could begin in mid-June and games tipping-off by mid-July.

Disney's large private property can house all 30 team's roster and staff, plus they'll be accommodated with all amenities without having to leave the grounds until the season is complete. Another deciding element to having games possibly played at the "happiest place on earth" is the fact that Disney owns ESPN, which is one of the television partners of the NBA.

The league could lose upwards of $2 billion if the rest of the season and playoffs were to be cancelled, which should also play a huge part in the decision making process.

Per Shams Charania, if the league restarts in mid-July and ran through about mid-September, a champion would be crowned, giving the NBA a few months of an offseason for the draft and free agency before the 2020-21 campaign tips-off in December (most likely around Christmas).

League commissioner Silver has gone on record saying finishing these postponed games could mean a delay in the start of next season, which he hasn't ruled out.

If the league sticks to this mini reported timeline to conclude the season, there's more of a probability  a vaccine for the coronavirus is found by the end of the calendar year, thus fans could return to the empty arenas sooner rather than later and the NBA wouldn't lose as much revenue -- meaning it's in their best interest to put these proposed plans into action.