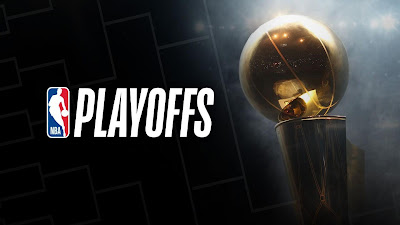 With all signs pointing towards the NBA season resuming and Disney World in Orlando being the likely destination, the only question that remains is if the league will jump straight to the playoffs when they restart.

Commissioner Adam Silver is not in any rush to decide if all 30 teams will resume playing in late July, early August or will the current 16 teams (eight in each conference) who were already considered to be in playoff position should just square off to declare a champion, in their usual traditional postseason bracket.

ESPN's Brian Windhorst reported that there's a "really good chance" that Silver could experiment and the NBA immediately would go to a new 16-team playoff format, including a play-in tournament for the final seed or final two seeds in each conference. Then teams would be seeded 1-16 regardless of conference to finish the season by early to mid-September.

And now a there's World Cup soccer idea, with a group stage format has been floating around that the NBA is also considering, according to Adrian Wojnarowski and Zach Lowe.


"The league's GM survey included a pool play option featuring somewhere between the 16 current playoff teams and the full body of 30 NBA teams, sources said. Teams would be divided into a certain number of groups and face each member of their group the same amount of times. (The total number of pool games has not yet been specified.) All of these would likely be branded as playoff games.

"Based on the final standings within each group, eight teams would advance out of pool play into a bracket meant to mimic the league's normal postseason structure, sources told ESPN."

The Ringer laid out what a possible 20-team group-stage playoff format could look like, given four teams that are currently on the bubble of making the postseason a shot to still play and compete. The 20-teams would be split into five separate four-team groups by tiers based on regular-season record and teams would play each opponent twice within their group.

The two teams with the best record in each group will advance to a more traditional seven game-series playoff bracket for the second-round and tiebreakers could be determined with a scoring system. Each group will be made up to include one of five tiers and a draft of the top teams from each conference could be held on TV.

This format would give teams like the Trail Blazers, Pelicans, Kings, and Spurs (who were only 3.5 games or less outside of the playoff picture) an opportunity to play postseason basketball and ESPN reported that the NBA would even consider doing this with all 30 teams.

In any case, the fact that the league is not just discussing a return but also a play format bodes well for all those involved. Despite the NBPA's executive director Michele Roberts wanting Silver and the board of directors to detail a plan to resume the season sooner rather than later, the wait may be well worth it if the ideas they come up are well executed in the end.