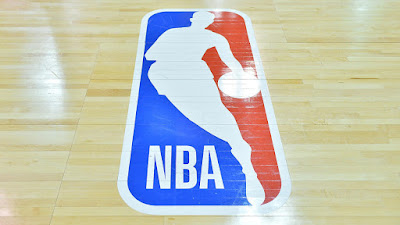 The National Basketball Players Association board of representatives voted to approve a 72-game NBA season, that would be scheduled to tip-off on Dec. 22.
According to ESPN's Adrian Wojnarowski, the NBPA and the league are finalizing a plan for the upcoming 2020-21 season after a Thursday night conference call with NBPA executive director Michele Roberts. However, a deal doesn't look likely to be reached before the Nov. 18 NBA Draft and there will be a short window for free agency and player movement just prior to training camp, which would open up on Dec. 1.
Among details that are still yet to be determined are: how much escrow will be taken from player salaries due to a shorten season and how league-wide testing will be conducted amid the covid-19 pandemic -- are two major issues that have to be worked out before an agreement for next season is official.

"Additional details remain to be negotiated and the NBPA is confident that the parties will reach agreement on these remaining issues relevant to the upcoming season," the union said in a statement.

If financial terms of an amended collective bargaining agreement is finalized in the next week or two, the league can reopen for business and trades can be made before the draft.
A Dec. 22 start date over an initial mid-January season tip-off, will allow for traditional Christmas Day games to be scheduled and a 72-game regular season (including a play-in tournament) to conclude before the Summer Olympics in July -- which would lead to an estimated $500 million and $1 billon in added revenue instead of a 60-game season like originally planned.