2020 Celtics Mock Draft: If Danny Ainge is able to trade into the top-10 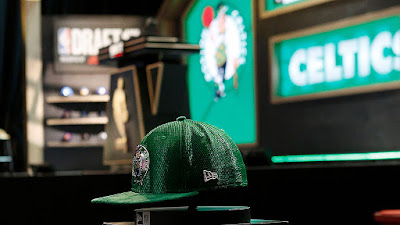 In light of the Celtics urging to make a move for a potential top-3 pick, let's explore their options in almost every feasible scenario.
Note to Celtics fans: Things are going to get weird but these scenarios are solely speculation based off of recent reports surrounding Boston and the rest of the NBA.
1. Minnesota Timberwolves – Anthony Edwards, Georgia
2. Golden State Warriors – James Wiseman, Memphis
(Scenario: Celtics send Marcus Smart, Gordon Hayward)
For starters, James Wiseman is ideal for Boston. If this were a case of Celtics president of basketball operations Danny Ainge saying he was ready to pull back, rebuild on the fly, and break his team apart, this wouldn't be a bad place to start.
Wiseman's potential on the defensive end of the floor makes me an ideal prospect for the likes of Brad Stevens. The question on everyone's mind is: how high is his ceiling? If he blossoms into Hassan Whiteside, whelp, the Celtics have a solid piece in the frontcourt, but if Wiseman turns into another Miami Heat draftee who's similar to Bam Adebayo; then Ainge and Stevens could have the nucleus of a championship-caliber team.
3. Charlotte Hornets – LaMelo Ball
4. Chicago Bulls – Obi Toppin, Dayton (PF)
(Scenario: Celtics send Kemba Walker, picks No. 14, 26 for Zach LaVine, Thaddeus Young & No. 4 pick)
With reports circling the Celtics and Bulls pairing Chicago's interest in Kemba Walker with reports that Ainge was shopping his All-Star point guard around, this proposed deal makes the most sense for both sides. LaVine, whose names has been attached to trade rumors for a while now, could get the fresh start he's yearned while the Bulls would acquire a veteran All-Star at point to help mold their young core.
Meanwhile, Ainge could fill a lot of voids here, including young frontcourt talent. Toppin is projected to be the most NBA-ready big in this year's draft class. Some predict Toppin to be 2021's Rookie of the Year. The Celtics would add dynamic scorer to their front line, at 6-foot-9, he's not the towering figure but still a tough cover on the defensive end.
5. Cleveland Cavaliers – Deni Avdija, Israel (SF)
6. Atlanta Hawks – Tyrese Haliburton, Iowa State (PG)
7. Detroit Pistons – Isaac Okoro, Auburn (SF)
8. New York Knicks – Killan Hayes, (PG)
9. Washington Wizards – Onyeka Okonwi (C)
10. Phoenix Suns – Saddiq Bey, Villanova (SF)
(Scenario: Celtics send pick No. 14, no. 26 & a future first-round for no. 10)
In light of trading for Hall of Fame point guard Chris Paul, the Phoenix Suns can afford to add a couple of more new faces to their bench as they embark on reaching the playoffs. A two-for-one swap to move down four slots, including a future first-round pick shouldn’t hurt them too much, in the long-run.
This gives the Celtics the opportunity to draft Saddiq Bey, a 3-point shooting wing who can defend multiple positions and give Brad Stevens the secondary help at the wing position he desperately needs right now.