Report: NBA pushes to re-open practice facilities to May 8 at the earliest 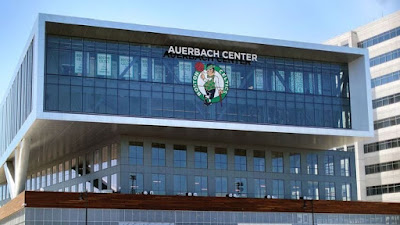 The NBA has pushed back the reopening of some team's practice and training facilities to May 8 at the earliest, following the league needing additional time to make sure that it would be safe despite the current COVID-19 pandemic.

The league planned to give teams options to re-open facilities as early as May 1, before deciding to change the date, which is still not yet set in stone. If and when the facilities do re-open, there will be strict rules that will be put in place.

There are several other protocols to the potential reopening of facilities that the league had not made public prior to the initial memo being released, which include:

Other rules include a limit of only four players allowed at a facility at a time, no practices and or scrimmages, while no coaches can be a part of any workout. All players are also still prohibited to work out at any public fitness centers, health clubs or gyms.

The Celtics will not re-open the Red Auerbach Center next week, following Massachusetts Governor Charlie Baker's announcement that the state had extended its stay-at-home order through May 18. The team had no plans to open their practice facility even if the state order had been lifted.

The Atlanta Hawks announced that they would not re-open their practice facility, despite the state of Georgia having lighten their social distancing measures. The NBA released a memo that team facilities would remain closed until May 8 at the earliest, following the Hawks' decision to not opt in.

The NBA season has been shutdown since March 11, while all team practice and training facilities have been closed since March 19.