Report: Celtics can acquire Dwight Howard at a low-price 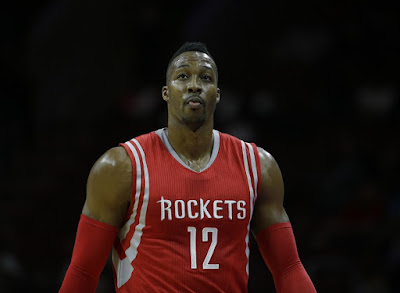 With the rumors of the Houston Rockets officially shopping Dwight Howard, the Celtics have been named as one of the many teams that are interested in the veteran center.

According to Bobby Marks of Yahoo Sports' The Vertical, the Celtics have enough assets to offer the Rockets to pull off a deal without involving any of their core players.


"The Celtics have a treasure chest of draft picks and expiring contracts, something that would benefit the Rockets in the long run.

Here's a look at a hypothetical trade that could work for both teams:


Howard, whose $22.3 million contract could end this summer if he decides to opt out, could extend the Celtics' playoff run in the spring and free up cap space this upcoming summer for the Celtics. However, if Howard decides to opt-in to the final year of his contract, the Celtics will have to pay him $23.2 million and would have less cap space to play with this summer.