Celtics Don't Make Any Moves at the Trade Deadline 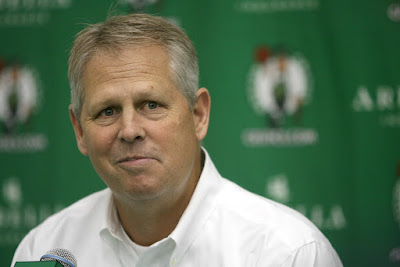 After all the hootin-and-hollering about the Celtics adding a big name at the trade deadline, Celtics fans are left wondering what happened. Danny Ainge did not find what he thought was a suitable trade partner. The Celtics will continue the rest of the year with the roster as currently constituted.


The trade deadline as a whole was a dud. After last year's last second mayhem on deadline day there were only 10 deals done in the 48 hours leading up to the deadline. Old friend Jeff Green went to the Clippers and Lance Stephenson to the Grizzlies. Tobias Harris, probably the biggest name moved at the deadline was shipped to Detroit. Channing Frye, Courtney Lee, and Markeiff Morris were all dealt as well.

Blake Griffin, Al Horford, and Kevin Love stay put and the Celtics are still looking for a star.

So where does that leave the Celtics going forward? 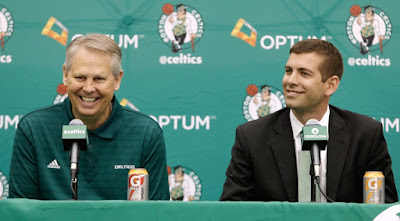 Well, they are currently the third seed in the East and haven't shown any signs of slowing down. Recently, the end of game struggles that plagued this team at the beginning of the year have been addressed. They still don't have a top 20 player but Isaiah Thomas has sufficed as of late. They still play arguably the best defense in the league and are the toughest team in the league to put away. The Celtics haven't lost by double digits since December and have been in the position to win nearly every game since that point.

So even though they did not make a trade, they are in better shape then most teams in the East right now. Also, an added bonus for the Celtics when looking at how this year is shaping up, no other team competing at the the top of the Eastern Conference got significantly better. The Raptors, Pacers, and Hawks all made no moves. Also the Heat and Cavs made very minor moves. So, its not like they were out done at the deadline.

Now the focus is to the off season. The Celtics are in the best position in the league in my opinion. They will be coming off a successful year, will have a top-5 pick in the draft, and can possibly have the third most cap space in the league. If they buy out Lee, and do not resign Zeller, Sullinger and Turner they would have 53 million dollars in cap room. That's enough to sign two max deals and another player.

Ainge gets a pass this trade deadline, but he is now on notice. Bring a big name player in the off season and improve this team or else this "rebuild" will be marked as a complete and utter failure.