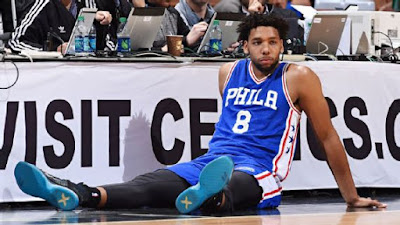 So this is quite a shock to the system. After all the talk about Kevin Love, Al Horford, and Dwight Howard being a possible acquisition by the Celtics at the NBA trade deadline on Thursday, Danny Ainge proved again no one really knows what he is scheming.

On multiple phone interviews today Ainge stated that there was a trade in the works but at the last minute the team pulled out. Even though Ainge was ready to pull the trigger, the so called "mystery team" had cold feet and decided not to deal.


"It's why he spent the last several days trying to get the kind of magnetic player needed to lift the Celtics from the NBA's middle earth. While a league source has indicated the late target Ainge has referred to in radio interviews was Philadelphia's Jahlil Okafor, Ainge has turned silent on the matter."

I did not see that coming. Here we are wondering if it was smart to give up the Brooklyn pick for a veteran and Ainge had a completely different plan.

Okafor is currently averaging 17 points and 7 rebounds so far this season. He was the third overall pick from last year's draft and could develop into an absolute dominant big man in the league. Ainge was very high on Okafor before the 2015 Draft where rumors were leaked about Ainge's willingness to trade up to the top of the draft to take him. 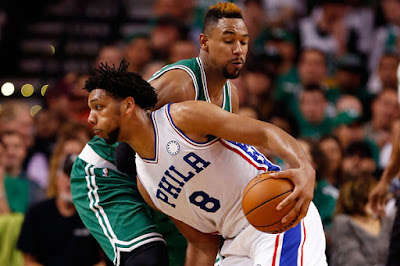 He also is best known in Boston for wildly street fighting outside of clubs with a couple of hecklers after his first visit to the city. So he definitely has had a few off court issues, but damn the kid can play. It was also no secret that Okafor was not thrilled to join to obvious tanking 76ers. Maybe a change of scenery would be the best thing to jump start his career.

Even though it did not happen, Ainge may be able to revisit this trade again after the draft lottery. If nothing else comes from this rumor, let it be known that Danny Ainge clearly is looking for a young stud, rather than taking a chance on a veteran to help this team.