NBA Trade Deadline: What if the Celtics Don't Make a Trade? 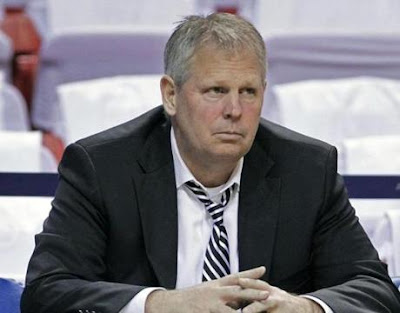 The NBA trade deadline madness is gaining steam -- rumors and trade buzz are on fire as we are only two days away from judgement day. Danny Ainge sits atop his mountain of trade assets and looks condescendingly down upon the rest of the basketball world. He holds 12 total draft picks that will come to fruition before 2018 and is ready to deal.

Every rumor that is thrown out there by basketball beat writers and insiders has included the Boston Celtics being 'in' on Player X. You name the rumor and the Celtics have been the undoubted front runner according to reports. Dwight Howard, Blake Griffin, Demarcus Cousins, Al Horford, and Kevin Love have all been rumored to be coming to Boston in some way shape or form. 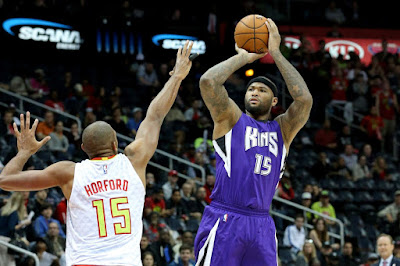 Now, in the most obvious statement I've ever written, I think if the Celtics are able to acquire one of these All-Stars, it would be a great thing.  BUT... what if nothing happens?

What if Ainge watches these players move to other franchises while he sits tight and plays the waiting game until the right move comes along? Yes, it would be disappointing if Ainge can't package up what we all thought were extremely valuable assets and get the star player Boston has been craving since KG and Paul Pierce left for Brooklyn. Celtics fans are out for blood in the form of fireworks that were promised two years ago.

However, I'm here to say it's 100% OK for the Celtics to stand pat at the deadline if nothing comes along. Unless it's Cousins or Kevin Durant, which probably are pipe dreams at this point to be dealt at the deadline, the Celtics will not be a championship contender with the addition of any of the other rumored players this year.

Remember, this is only year three of the rebuild. The Celtics currently sit in the third seed in the Eastern Conference without a star and flexibility to build on in the off season. They have Isaiah Thomas, Jae Crowder, Avery Bradley, and Marcus Smart tied up in very team friendly deals for at least the next 3 years.  That is the heart and soul of this current squad that has proved it can be successful.

Picture this scenario, the Celtics stand pat at the deadline and keep the 2016 Brooklyn pick. That pick falls in to the top 3 in the draft and you potential then have the opportunity to add a legit franchise changing player. Then you are able to work in this future superstar into a great winning environment under Brad Stevens. 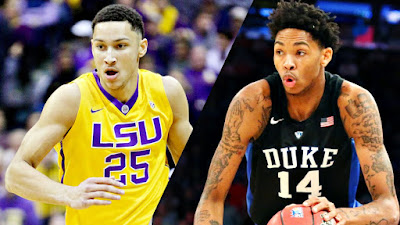 After striking Draft Lottery gold and since the Celtics have so many team friendly deals, why not go out and over pay for a max-contract guy in the summer. Bradley Beal, Al Horford, Demar Derozan, Dwayne Wade, Nicolas Batum are all players that are either free agents or have a player option to test the open market. The Celtics will even have the opportunity to add maybe two free agents that could change the course of the franchise; couple that with a Ben Simmons or Brandon Ingram and the Celtics would turn into a legit championship contenders next year.

I get it that Celtics fans were promised fireworks two years ago, and dammit they want the 4th of July right now. I'm not saying I particularly want Ainge and the Celtics to stand pat at the deadline, if the deal is right, go ahead and pull the trigger. What I'm saying is, if the deal isn't there right at the deadline the future is still bright and no one should get on Ainge for not succumbing to the pressure to get something done now.