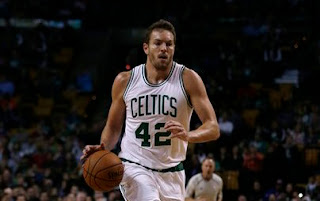 In what was an expected move, the Celtics waived veteran forward/center David Lee on Friday.

After Celtics president of basketball operations Danny Ainge failed to trade Lee before Thursday's trade deadline, both sides came an agreement on Friday to go their separate ways. Although Lee began the season as a starter for the Celtics, he eventually fell out of coach Stevens' rotation over a month ago due to the logjam of guys in the front court.

Players like Kelly Olynyk, Jonas Jerebko and most recently, Tyler Zeller provided versatility on both ends of the floor, something that Lee lacked.

However, it wasn't Lee's performance that left him at the end of the Celtics' bench. Celtics coach Brad Stevens talked about Lee before Friday night's game in Utah.


"As I said, I thought even when you look at his numbers, his numbers look good," Stevens said of Lee. "It was one of those situations where we had a logjam at that spot and that spot became even tighter because we decided to play small more. So it was more of a style-of-play decision than anything else. And it stinks because we knew this going in that a good, productive player would be sitting and it became more than one. Tyler [Zeller] spent a lot of time not playing this year, and Tyler is a heck of a player. Just the way that our team dynamic worked. So we're very hopeful for him that he finds a great spot and that he does really well." [ESPN Boston]

The Dallas Mavericks appear to be the favorite to land Lee once he clears waivers, according to The Vertical. Lee averaged 7.1 points and 4.3 rebounds in 30 games for the Celtics this season.