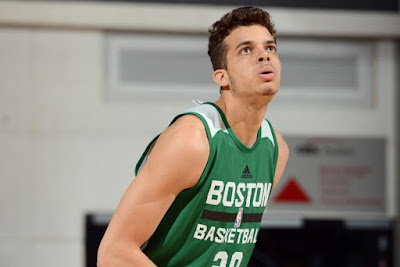 If legendary music producer Bruce Dickinson could speak for Celtics nation he'd have a few words for Brad Stevens,

R.J. Hunter has officially arrived. Last night in the Celtics win over the Milwaukee Bucks, Hunter had his first statement game of his rookie season.

Hunter only played 19 mins, so I'm not saying he was the MVP of the game, but he showed for the first time last night what some had questioned. He showed that he is NBA ready.  As small and insignificant that may sound to some, for a late first round draft pick that is the first hurdle to overcome.  Just ask James Young.

It was a big game last night against the Bucks, who are supposed to be the major competition for the Celtics as the up and coming team in the East. Coach Brad Stevens trusted Hunter enough to put him out there and he was a critical part in the huge third quarter for the Celtics.  Hunters shooting, rebounding, and his confidence is already there. He put up 7 points, 7 rebounds and the C's were a +19 on the night when the rook was in the game.

Unfortunately, there is  reason to pump the brakes on Hunter, but it has nothing to do with his play. He will have to really earn and scarp for his playing time when Marcus Smart and Avery Bradley return. His minutes last night were a direct result from Bradley leaving the game in the at the start of the the third. Smart is fit to return this weekend if not tonight, while Bradley only has a bruised leg so the 19 minutes Hunter had last night wont always be there. 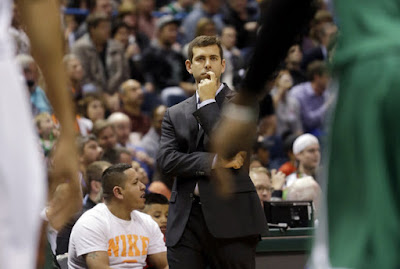 However, with his play last night, it is a much more difficult decision for Stevens to keep Hunter on the bench if the offense is struggling though. If Bradley, Smart, or even Evan Turner is struggling to get theirs on a given night, it will be interesting to see how fast Hunter gets into the game. It's just another sword for Stevens to deal with in his juggling act with playing time.

Lets not get bogged down in the "facts" though, instead lets focus on R.J. Hunter potentially emerging as the third or fourth option on the offensive end. Truthfully, the Celtics do not have a consistent scorer after Isaiah Thomas. Sure, bascially everyone on the team has the ability to go off on  every given night but Stevens cant rely on a 17-25 point performance from anyone else than Thomas. Hunter may have the chance to take that role.

It's early but  I need to see more of Hunter. He has the chance to develop into a real player for this Celtics team, I just hope that he gets the chance.