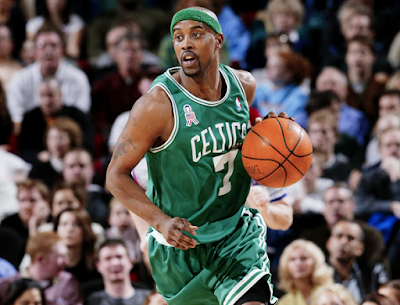 Anderson is a one-time NBA All-Star (1994) who was the starting point guard for the Celtics from 1998-2002. He will be providing the guys with his opinions on the Celtics, NBA predictions for the 2015-16 season and will take a trip down memory lane to his time spent with the Celtics.

Anderson was a catalyst for the Celtics in their run to the 2002 NBA Eastern Conference Finals against the New Jersey Nets.

Growing up in Queens, New York, Anderson was considered the country's top prospect coming out of high school. In high school, he set the all-time state scoring record in New York (2,621 points) playing at Archbishop Molloy in 1989. He earned McDonald's All-American honors, was named New York state Mr. Basketball and went onto play college basketball at Georgia Tech for the Yellow Jackets.

In college, Anderson averaged nearly 26 points a game. He forwent his last two years at Georgia Tech and entered the 1991 NBA Draft, making himself the youngest player in the league at the time. Anderson was drafted 2nd overall by the New Jersey Nets.

Catch our interview with Anderson this Friday, right here on Causewaystreetblog.com. For past Causeway Street Podcast episodes, click here.