For Celtics Fans, Last Night was the Worst 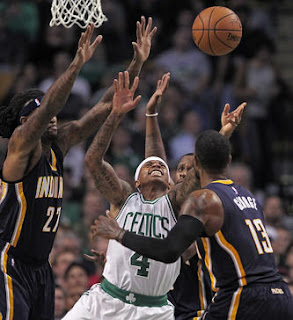 Anytime the Celtics lose a game against an Eastern Conference opponent, it's going to be a tough pill for C's fans to swallow. Last night however, not only did the Celtics lose to the Indiana Pacers in ugly fashion, the rest of league kicked the C's while they were down.

There are many story lines that intertwine into the Celtics season and future. Many of which have to do with the draft picks they acquired.


First and foremost, there is the Brooklyn pick. Everyone in Boston is rooting for Brooklyn to fail, and fail miserably. The Nets have been so kind to lose their first seven games of the year but last night they pulled an upset victory against the Rockets. They traveled into Houston and beat the Western Conference finalist from a year ago behind a big game from Bojan Bogdanovic.

The Nets are now 1-7. This does not make me happy. I really thought it would go to 0-10 and Mikhal Prokerov would have had enough; fired everyone and just clone five Ivan Drago's to suit up for the Nets. Unfortunately, the dream is dead. 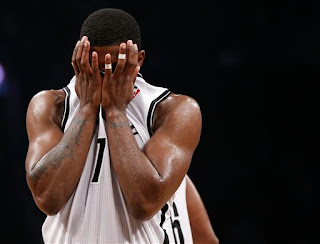 The good news for Celtics fans is that Joe Johnson is absolutely a shell of himself and is falling into the trash category of overpaid NBA stars. He managed 16 points on 13 shots in 38 minutes. That is atrocious. Also they have the Kings, Warriors, Hawks, Hornets, Celtics (twice) and the Thunder to close the month out. So they should be a solid 2-13 by December.

In other non-celtic Celtic news, the Kings saga seemed to hit a breaking point after the Spurs loss on Monday night.  Demarcus Cousins lost it on George Karl and had the tirade of a century in the locker room after the game. Even Gilbert Arenas and Jarvis Crittenton were like, "Dude, chill out."

That should be all good news for Celtics on the Bring Boogie to Boston Bandwagon. I should be shouting out "Allll Aboooaarrd!" as the bandwagon picks up a ton of steam heading straight for the TD Garden. Instead, news broke that the Kings would rather fire George Karl then trade Demarcus Cousins. 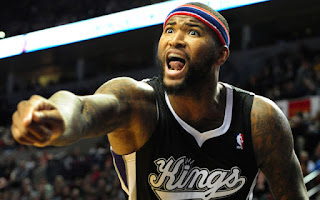 Then in a shocking twist to this Lifetime movie, DeMarcus decides to go to the media and apologize for his actions! Come on Boogie. You're better than that, you don't need to apologize. You know who would have never apologized? Mike Tyson. It all worked out for him so stand your ground, be the crazed superstar that no one can control but everyone wants you on their team because you are the best power forward in the game.

After all that, Cousins goes out and puts up 33 points and nine boards and the Kings beat the Pistons. So, the Bring Boogie to Boston band wagon is slowly going back into the garage but it won't be long until something else happens in Sac-town that gives Celtics fans hope that he will be dealt. I'm guessing by next week.

The Celtics also have the Mavericks' first round draft pick if it falls within the top seven of next years draft. Basically the Mavs would need to fall out of the playoffs in the West, which is now looking like a very real possibility. If they can fall into the lottery the Celtics have a chance of stealing that pick.

Dallas welcomed in DeAndre Jordan back in from his summer visits down there and defeated the Clippers last night. Dirk Nowitzki looked like '06 Dirk, and Wes Matthews seems to be super human to be able to come back from a torn Achilles in less than a year. They looked good last night which was just another thing that did not go the Celtics way.

So for all of Celtics Nation who may be waking up this morning feeling like there is no hope. I say put down that bottle, things will change for the Celtics fortunes. At least you're not this guy... 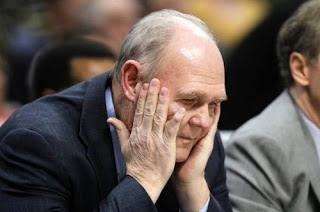