James Young, Jordan Mickey have Themselves a Night in Maine 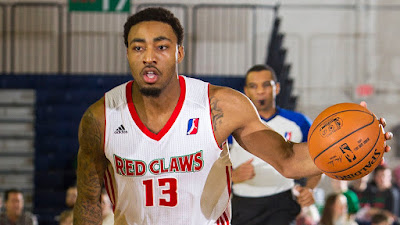 Welp, it is the D-League but its still great to see old friend James Young showing he can score the basketball. Young led the way with 30 points in the D-League opener for the Maine Red Claws.

Young, who lost his spot from the start of training camp with the C's to rookie R.J. Hunter, is going to have to do big things in the D-League if he hopes to crack the Celtics roster.  A 30-point game certainly will help and when you look into the stats a little closer, he was actually pretty efficient on the night.

Young shot 44 percent on 10-of-23 shooting. He also got to the free throw line at a pretty good clip; going 7-for-8 from the charity stripe.

Young has to focus at being a more all around player, especially on the defensive end if he has any chance of making it back to Causeway Street any time soon. That, or a few injuries could have him back in Celtic Green.

Keep this on the down low but Young is only 20... So absolutely no one should be writing him off just yet.

In other Maine Red Claw news, Jordan Mickey showed why the Celtics were delighted to grab him in the second round of the draft. He showed how much of a force he can be in the post, putting up 20 points and 14 rebounds on the night.

If all goes well for Boston, Young and Mickey will have to wait their turn to get into a NBA game anytime soon, but it's a great sign. These guys are developing in the developmental league...who would have guessed!!