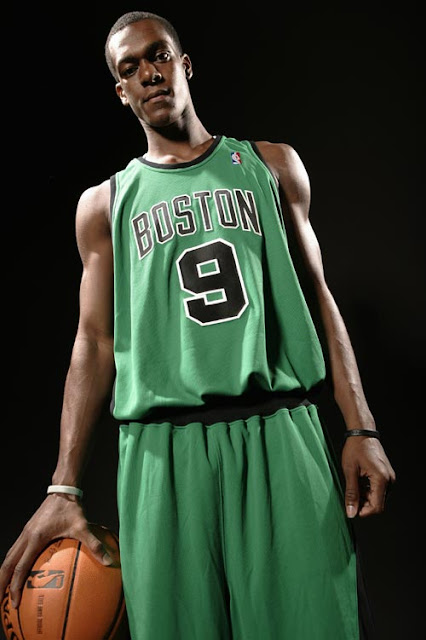 Rajon Rondo was born on February 22, 1986 in Louisville, Kentucky. He played two years at the University of Kentucky before declaring for the NBA draft in 2006. Now entering his seventh NBA season, all with the Boston Celtics, he looks to lead his team to banner #18. After winning it all in 2008, reaching game seven of the 2010 Finals, and falling short last year to the Heat in seven games in the conference finals, Rondo looks to turn the page and break out this year as one of the league's elite players, as he goes for another ring.

What can we expect from Rondo this year? The same as what we have already seen year after year since his arrival in 2006, the elevation of his game to newer heights. Last year he averaged a career high (and league leader) 11.7 APG, with Steve Nash trailing behind with only 10.7 APG. By the new school standards, Rondo isn't always looked at as a great "modern-day" point guard. To put this into perspective, the last player to average over 11.5 assists a game for a season was the great John Stockton 17 years ago when put up 12.3 APG in the 1994-95 season. To add insult to injury, Rajon finished the 2011-2012 campaign with a triple-double once every nine games. No other player in the NBA finished with more than one last season.

As always, when the lights are at their brightest, that's when the Celtics floor leaders shines best. In 19 games this past May and June he only mustered up four triple-doubles including a 22-point, 10-rebound, 14-assist game against the eventual champs. Rondo averaged 17.3PPG/12APG/7RPG last postseason. Believe it or not, that won't be the best we will see from him. The Celtics will go as far as Rajon Rondo is willing to take them this time around.

The way I see it this year, #9 will average between 12-13 APG, 14-15APG and 6RPG (all career highs). This is only the regular season I'm talking about, these numbers will only grow come April and beyond. If you don't know where I'm going with all these numbers being tossed at you, it's simple. You better start putting Rondo in your MVP conversations ladies and gents. He finished eighth in last year's voting, and he should be top five this season. The last two point guards to win this award are currently in completely different places in their careers. One is sidelined until at least March nursing a knee injury, while the other will be banging his head against the wall all season trying to get Dwight to stop smiling and actually pay attention in LA-LA land. Meanwhile Rondo will rise and rule the Eastern Conference as the point guard king.

This year's Celtic roster is pretty deep compared to the 2007-2008 championship season, talent-wise. When asked how he felt about this year's squad this is what Mr.Triple-double had to say:

"This is the best we've had since I've been here, I think, as far as on paper, as far as the depth and talent, so we've got to make something of it"

ESPN has Boston ranked sixth, while Rondo is ranked 12th overall in the league. Think he might take this personal? Look for Rajon to be more aggressive, meaning talking, and knocking down 15-footers. Rondo will even average better than 65% from the charity stripe this season. More importantly he will have more athletic running mates to feed during the fast break. I see the best player on this team having nothing less than a career year... Go get em' "Swagg"! We'll be patiently watching...

Posted by Josue Pavon at 1:08 PM
Email ThisBlogThis!Share to TwitterShare to FacebookShare to Pinterest