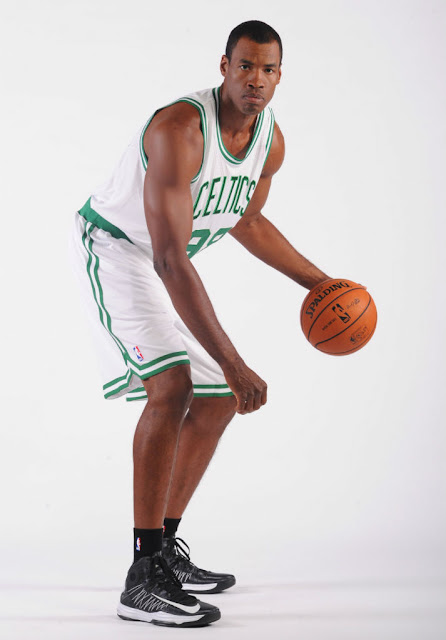 7'0" 255lbs
33 Years Old
Drafted by the New Jersey Nets in 2001, Collins played a significant role off the bench for New Jersey  in his rookie season, as the Nets made their first ever NBA Finals berth in 2002. He spent the past three seasons with Atlanta and averaged ten minutes a game last season.

Collins is an experienced seven-footer who can rebound and defend for the Celtics. He is also the only true center on the roster other than Darko Milicic and Fab Melo- who will most likely be making a trip up to Maine to join the D-League this season. Collins will be sharing his minutes with Milicic and Wilcox off the bench. Fortunately, Celtics have enough offense from their reserves and will only need Milicic and Collins to rebound and defend. However, I don't see Collins and Milicic both playing consistent minutes if Wilcox is healthy. Because of Wilcox's ability to run the floor offensively and rebound, I see him outplaying Milicic and Collins.

Wilcox will see the floor if he's able to be the same player he was last year, which will leave Collins and Milicic fighting for a spot in the rotation. I predict Milicic to beat out Collins for the last spot in the rotation and play close to ten minutes a game. Expect to see Collins on the floor for certain in-game situations like when the Celtics are in foul trouble or when Doc wants to throw another defender against Howard or Bynum.

Garnett, Bass & Sullinger will all be helping the Celtics at the center position, ultimately making it tough for Collins to receive consistent playing time throughout the season unless he's able to beat out Milicic for the role.
Posted by Josue Pavon at 1:56 PM
Email ThisBlogThis!Share to TwitterShare to FacebookShare to Pinterest