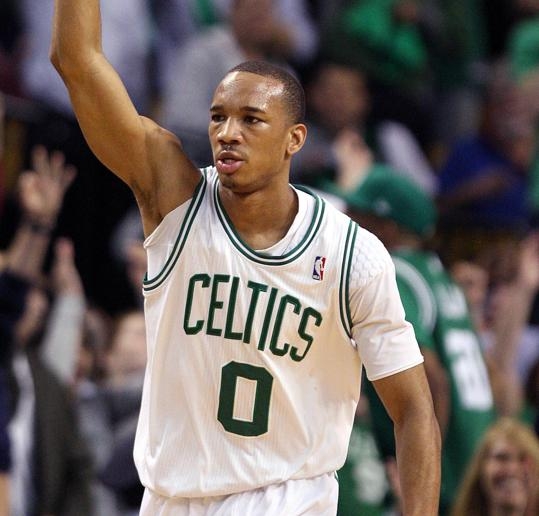 Avery Antonio Bradley Jr. was born on November 26, 1990 in Tacoma, Washington. He was ranked as the #1 high school basketball player in the class of 2009. He led Findlay College Prep to a National Championship, beating Oak Hill Academy 56-53. Later that year, he played in the McDonald's All-American Game and won the All-American Dunk Contest.

He attended the University of Texas. Bradley had always been a follower of the program, and enjoyed watching former Longhorns like T.J. Ford. During his freshman year (his only year at the program), he averaged 12 points per game for Texas, and later that year declared he would be entering the 2010 NBA Draft.

Avery was selected as the 19th pick by the Celtics, but was assigned to the Maine Red Claws of the D-League a few months later. On February 6th, 2011, following a spinal cord injury suffered by his teammate Marquis Daniels, Bradley was called up to the Celtics roster, where he remained for the remainder of the season.

Although he wasn't in the rotation for much of his rookie season, it looked like A.B. would play a major role in the backcourt come his second year with the Celtics. The coaching staff wanted Bradley to play behind Rondo as the backup point guard, something the Celtics didn't have. It was quickly learned, mostly because of early season injuries and the NBA lockout, Avery was better suited as a two-guard and even playing alongside Rondo at times.

Once #20 and Mickael Pietrus were both out due to injuries, it was time for the second year guard to show what he can do as a starter. In 28 games in his new found position, he averaged 12.3 points a game, while shooting over 50 percent from the floor/47 percent from behind the arc. It was clear he would remain in this role even after #20 returned from his injury. What was even more exciting was the defense Avery was displaying, especially, guarding players such as Dwayne Wade and Russell Westbrook.

Unfortunately, as the was the case for most of the roster last season, Avery was bit by the injury bug when he dislocated his left shoulder during the second round of the playoffs agasint the 76ers. He already was having issues with his right shoulder and would even have both shoulders at various times throughout the season be "poped" back into place. That can only be done so many times; it was evident that he needed to be shut down to surgically repair them both.

Now in his rehabbing stage, Avery is about a month and a half away from his target date to return to action with his teammates. If there was any doubt that this young guard doesn't have any "grit and balls" think again. Last postseason was proof he is ready to take off in a big way, as he will be a key piece of the puzzle, especially come playoff time. HIs tenacious D and his ability to slash and cut to the hoop are invaluable, especialyl when playing with a point guard like Rondo!

It's assumed Bradley will start once he comes back, but the way Lee has picked up the offense and has gotten more used to playing with Rajon, it really does no matter who starts or comes from the bench, to be honest. There goes that thing the Celtics haven't had in four years, that's five you goosebumps when you think about it, what's that called again? Oh, that's right, depth. There is no telling what DOc has in mind once everyone is together and HEALTHY, ready to make that run. Look for Bradley to double his scoring from last season (at least 13ppg), and be at the top of the short list when it comes to being a top perimeter defender in this league... Tony Allen who?!?