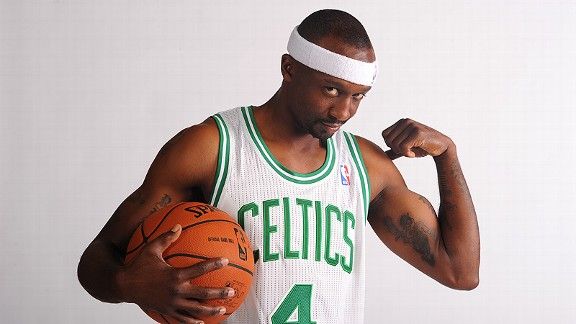 6'2" 180lbs
35 Years Old
Drafted by the Atlanta Hawks in 1999, Terry was the 10th pick overall and has always played the 6th man role since his college days, where he won the NCAA National Championship for Arizona in 1997. Terry is an elite shooter. He has made the fourth most career three-pointers in NBA history.

Terry is instant offense off the bench. He averaged 15 points a game for the Mavericks last season and is considered to be one of the best 6th man in NBA history. He shows great leadership and has already established himself as one of the team's leaders for the upcoming season.

Although Terry will be coming off the bench, he will also be in late-game situations for the Celtics. Terry's real value can be as a closer for Boston, and will be a player that all opposing teams have to worry about when on the floor. I predict Terry to average 13 points a game this season for the Celtics, with occasional 20-point outbursts every once in a while. The only reason I don't see Terry averaging more than that is because he will be sharing his off-the-bench scoring with his teammate, Jeff Green.

What makes Terry a great asset for the Celtics is that his scoring doesn't come from just shooting threes. He can knock down shots from just about anywhere on the floor. Something that past knock down shooters from the bench for the Celtics, couldn't do as efficiently (i.e. Eddie House & Nate Robinson). Terry also moves well without the ball and can occasionally steal the ball on the defensive end. His one-on-one defense isn't spectacular, but he has maintained a career average of 1.6 steals a game.

Terry will be fan favorite in Boston. He's done all the right things. From taking shots at the Heat and the Lakers to getting a tattoo of Lucky on his bicep before even wearing a Celtic uniform. It's safe to say, he's all in.
Posted by Josue Pavon at 1:26 PM