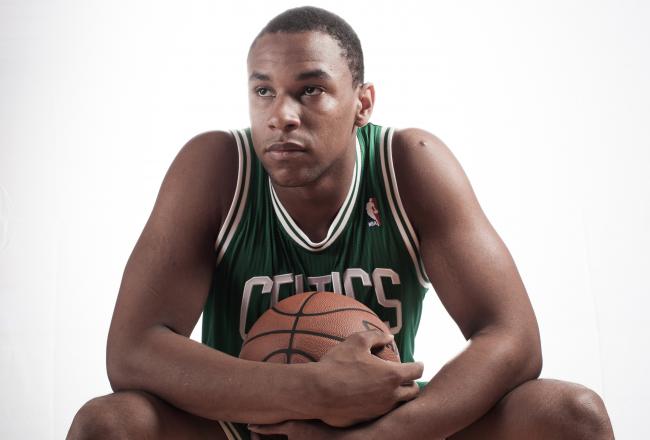 Jared Sullinger was born on March 4, 1992 in Columbus, Ohio. By his senior year, he had led Northland High School to a 21-0 season and a #1 national ranking. After a successful high school career, Sullinger was heavily recruited but ultimately committed to Ohio State, where his brother J.J. also attended, and played for coach Thad Mtta as well. The Buckeyes made it to the Sweet Sixteen of the 2011 NCAA tournament as the number one seed (32-2), where they fell to Kentucky, 62-60.

His sophomore season would be his final year at Ohio State. Sullinger led the Buckeyes this time around to a 31-8 overall record. They would eventually lose to Kansas in the Final Four of the 2012 NCAA tournament. Five days after the loss the two-time AP All American declared he would be entering the 2012 NBA draft.


At Ohio State Jared averaged 17.3 points and 10 rebounds a game and was widely expected to be a lottery pick. After the Chicago pre-draft camp he was reportedly flagged by several teams for having back issues. To the Boston Celtics’ surprise, he was still available when it came to their pick. On June 29, 2012, Sullinger was selected as the 21st overall draft pick by Danny Ainge and Co. He looks to make an immediate impact to a frontcourt that is poised for a championship run.

What can be expected of the 20-year old rook? Well, after an impressive pre-season and training camp, Sully has shown he is far more along basketball wise than anybody expected, including Doc.

"He does a lot of things good, he has a veteran mind, [he] does not play like a young guy," said Rivers. "He's just a good spirit and it's good to have him in the locker room."

This is the best forward Danny has drafted since Al Jefferson in 2004, and they feel like Jared is the steal of the draft. J.S. is ready mentally and physically to be a factor for the C’s this year as they try to raise banner # 18. He averaged 11 and seven in 26 minutes over eight games, while starting a few times and providing a spark with the second unit throughout the pre-season. He shot an impressive 56 percent from the field and knocked down 85 percent of his free throws.

Sullinger has quickly caught the attention of his teammates, especially the elder statesman himself, KG, who has a true appreciation for what the 'young-blood' has been doing.


"His IQ of basketball is very high, very good hands and work ethic. I always say young guys come off, sometimes, entitled. He is very gullible. I mean that in a good way. He works very hare, he is very attentive, he wants to be better... I'm giving him the book, teaching him everything I know." (Kevin Garnett)

I think this rookie will surprise the league. The numbers he has put up should not be far off from his season average depending on how many minutes Doc feels comfortable about giving. His talent for rebounding, especially, on the offensive glass, cannot be ignored. Sullinger will be the Celtics' best offensive rebounder and possibly play some five as well. Whether he's a starter or a bench commodity (hopefully a hybrid of both), the maturity level of play and of what he can emerge to become, is nothing short of exciting for Boston this year and beyond. Welcome to the Bean, Sully! Wait until you see the signs come March at the Gahhden...

Posted by Josue Pavon at 4:38 PM
Email ThisBlogThis!Share to TwitterShare to FacebookShare to Pinterest