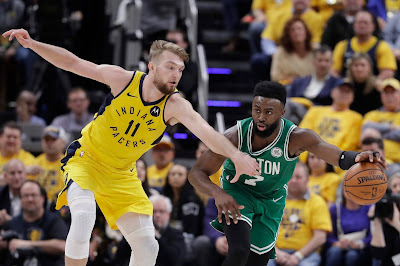 Jaylen Brown will miss his fourth straight game with a right hamstring injury when the Celtics travel to face the Indiana Pacers Tuesday night.

Brown, who has already missed 13 games this season, injured his hamstring late in the fourth quarter of the Celtics overtime loss to the Brooklyn Nets a week ago.


#NEBHInjuryReport for tomorrow vs Indiana:


Despite Brown saying he felt better and he was eying a return to the lineup as early as Tuesday, its looking more like either Thursday in Milwaukee or Friday when the Celtics host the Washington Wizards as the new target dates. Brown is currently averaging 20.4 points, 6.4 rebounds and 2.2 assists this year.

Robert Williams is expected to play following a back strain in Sunday's loss to the Oklahoma City Thunder. The Celtics second year big man has played in four games since returning from a hip edema that kept him out nearly three months