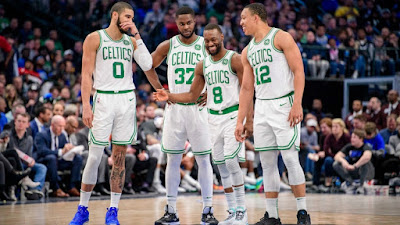 The Celtics roster is reportedly coronavirus free, or at least for the time being.

Boston was one of five teams that played the Utah Jazz in the last two weeks days prior to the NBA suspending the current season. Rudy Gobert and Donovan Mitchell tested positive for COVID-19, prompting concern that the Celtics may have been exposed to the coronavirus -- which is why the league has been shut down for at least 30 days.

The Celtics released a statement on Thursday about taking the necessary precautions during the league's hiatus, which included that all players and personnel were to be tested as soon as possible.

According to ESPN's Romana Shelburne, the Celtics now join the Cleveland Cavaliers, Detroit Pistons, New York Knicks and the Toronto Raptors in having no players test positive for the coronavirus.

While it doesn't mean every player around the league is safe, it does lower the level of fear when it comes to the well-being of those who came in contact with the Utah Jazz organization recently.

Despite no further plan for now to re-evaluate the situation after the 30-day mark in April, Brad Turner of the Los Angeles Times reports that the owners want to salvage the rest of the regular season and playoffs even if means playing into June, July or as late as August.