TD Garden employees laid-off due to COVID-19 pandemic that shut down NBA, NHL 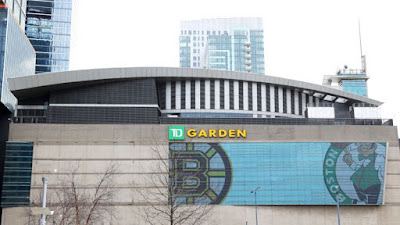 Delaware North, the company to owns and operates the TD Garden, announced Wednesday that 68-full-time workers would be laid-off, while 82 full-time associates would have their salaries reduced effective April 1.


We are unfortunately announcing that a majority of our full-time employees are being placed on temporary leave. They will receive one week’s pay and 8 weeks of medical benefits. More here: https://t.co/RyuPCDk7oI
— Delaware North (@delawarenorth) March 25, 2020


"None of these decisions were reached without difficult and painful deliberations," read a statement. "These measures are intended to be temporary with associate employment and compensation returning once our business resumes to its normal state from this unprecedented stoppage."

The Celtics share the TD Garden with the Bruins, who are owned by Jeremy Jacobs -- the chairman of Delaware North. Both the NBA and NHL seasons have been on hiatus since March 11, but there is no clear indications if and when games will resume, despite the original 30-day suspension due to the COVID-19 pandemic.

This decision to lay off TD Garden employees with a week's pay and eight weeks of full benefits, comes just days after the Bruins became the last team in the NHL to offer financial  assistance to part-time arena workers.

A week ago the Celtics announced a plan to compensate part-time TD Garden employees, even before the Jacobs Family and the Bruins officially set up their $1.5 million fund.

Jeremy Jacobs has a net worth of $3.3 billion, according to Forbes, while Delaware North pulls in an annual revenue of about $3.7 billion.