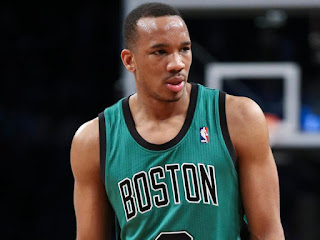 According to Boston Globe's Gary Washburn, Bradley fired his former agent Mitchell Butler of Rivals Sports group because he thinks he deserves a better deal. Bradley inked a four-year, $32 million deal in 2014.

Celtics obviously signed Bradley to the new contract before anyone knew about the NBA's new TV deal. At the time, a lot of people thought the Celtics overpaid Bradley. He was viewed as a great perimeter defender whose offense wasn't up to par for a deal that lucrative.

Now that Bradley has emerged as the Celtics' second best scorer and the team's best two-way player, Bradley is hoping he can ink a new deal under new management.

However, there isn't much he can do right now. Bradley is locked into his four-year deal and the Celtics cannot restructure or extend his contract until the end of the 2016-17 season, according the league's CBA.

When that time comes, expect Bradley to sign a hefty deal whether it's with the Celtics or somewhere else.