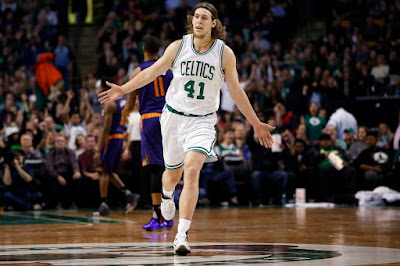 The Celtics cruised to a 117-103 victory over the Suns at TD Garden on Friday for their second win in a row.

In a game where the Suns never led, the Celtics opened up a 25-point lead in the second half -- their biggest of the night and kept the Suns at bay throughout the fourth quarter. After the Suns cut the Celtics' lead down to 13 with 8:58 left to play, Celtics coach Brad Stevens called a timeout to regroup his team and the Celtics responded with a 10-3 run to push their lead up to 20.

After losing four straight games, the Celtics have now bumped themselves up to eighth in the eastern conference and trail the Pistons by only half a game.

The Celtics converted 42 shots on 30 assists and shot 44 percent from the floor. They did an excellent job of sharing the ball, every one of Stevens' 9-man rotation contributed to a whopping 117 points -- six of them scored in double digits.


"On our first eleven baskets we had eleven assists," Stevens said. "It felt like we were really moving the ball and we were playing good offense."

Celtics will look to add to their back-to-back wins on Saturday against the Wizards. The C's will then make stops in Dallas and Toronto to face the Mavericks and Raptors before returning home next Friday to take on the Bulls.