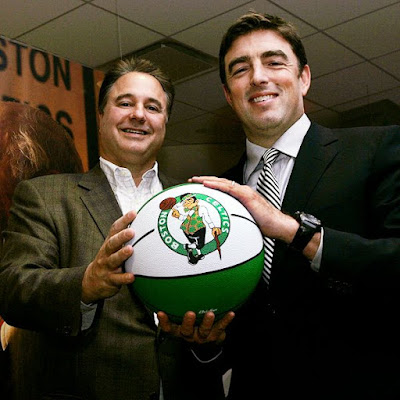 According to Forbes magazine the Boston Celtics are currently ranked as the fourth most valuable team in the National Basketball Association.


The C's are estimated to be valued at $2.1 billon dollars, compared to 2015's $1.7 billion (also finished fourth). This is the second year in a row that the team sits as one of the top-five most valuable franchises in professional basketball.

The average value of an NBA team in 2016 is estimated at $1.25 billion dollars, an increase of 13-percent in the last 12 months. These team owners can thank media and sponsorship deals that are up 2-4 times the usual average annual value. Plus the new TV contract between the league and ESPN/Turner Networks ($930 million per season) is set to begin next year, it's a pretty good time to own an NBA franchise these days.

Take a look at the complete list below as the New York Knicks sit at number one as the most valuable team at a hefty $3 billion: 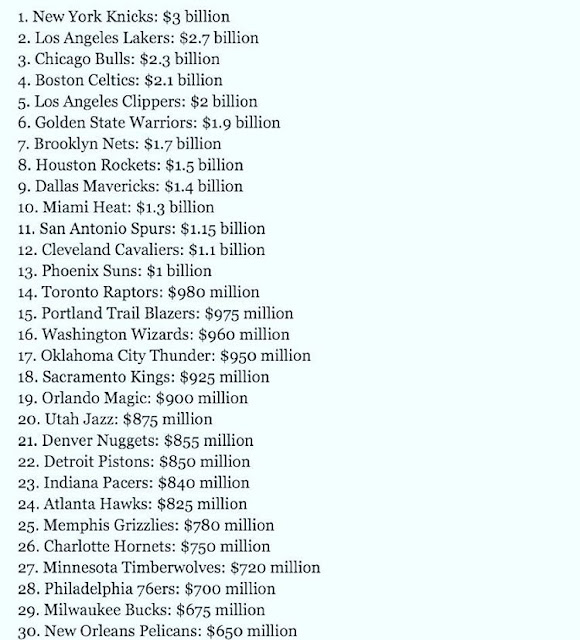 Clearly Wyc Grousbeck and Steve Pagliuca have made a great investment after purchasing the Celtics for $360 million back in 2002. Despite the current 'rebuilding' phase in the post Paul Pierce era, the C's are still very much a profitable organization to be a part of 14-years later.

Being ranked ninth in the league in merchandise sales doesn't hurt either even though no Celtics player is ranked among the top-15 in jersey sales: