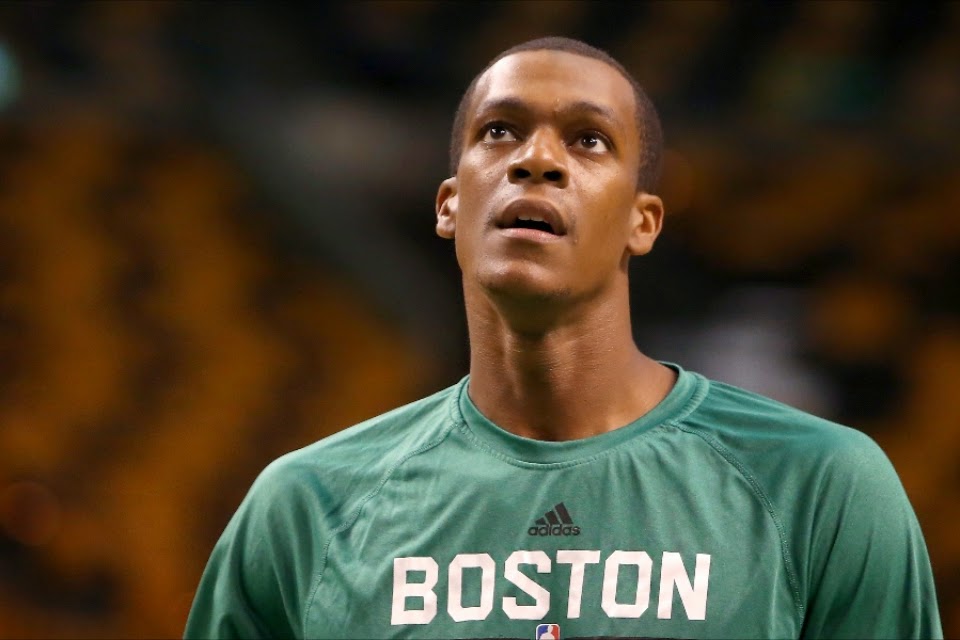 There is still a chance Rajon Rondo won't be missing any games this season. Celtics' injured point guard told reporters that there is a 79-percent chance he'll play in Wednesday's season opener against the Brooklyn Nets.

Rondo participated in full-contact scrimmages last week with his teammates but still isn't sure if he'll be ready to play Wednesday night. The next two days of practices will determine if Rondo's left hand heals in time.

"I'm optimistic," said Rondo. "I'm going to get probably another X-ray today and we'll see how it goes in practice today. Just taking it one day at a time. I don't think Wednesday is realistic, but a lot of rest and more treatment, you never know." [ESPN Boston]

When asked to put a percentage on the chances of him playing Wednesday, Rondo said:


"Probably 79 [percent] right now," said Rondo. "That's pretty high. I mean, I feel good. It's just contact is a completely different thing. If I land on it or if I get taken out of the air and have to brace myself, it's still different, so I don't know yet."

The fact that Rondo's status is actually questionable for Wednesday night is incredible. After he broke a bone in his left hand less than a month ago, a lot of us didn't take Rondo seriously when he said he wasn't ruling out a comeback for the season-opener. Chances are we won't see Rondo play against Brooklyn at TD Garden but it's a promising feeling to know he isn't far from a full recovery.

Celtics coach Brad Stevens believes doctors along with how Rondo feels afterwards, will decide if we see Rondo in uniform Wednesday.


"He'll go full again [Monday] and I think he's going to re-see the doctors [Tuesday or] maybe Wednesday morning, then it's going to be about how he feels," said Stevens. "If he goes through the next couple of days without pain and he feels really good and the doctors give him clearance, then he'll be good to go, but there's a lot of ifs there. So I'd say he's somewhere in the realm of questionable, but all signs have been moving forward." [ESPN Boston]

Stevens went on to say that how Rondo feels will ultimately be the deciding factor. So far, Celtics team doctors like what they've seen.

Stevens also said that unlike last season, he plans on playing Rondo in 4-5 minute stints when he comes back.


"If I had to do it over again, I probably wouldn't have thrown him to the wolves the way that we broke up his 20 minutes last year," said Stevens. "Just because it's really hard to come from not playing to playing. I'll probably look more at a 4- or 5-minute stints at a time, then shorter rests, and right back in. I think you can also get a little tight if you sit for too long."

Causeway Street Blog will keep you posted on Rondo's healing throughout Tip-off Week.
Posted by Josue Pavon at 3:45 PM