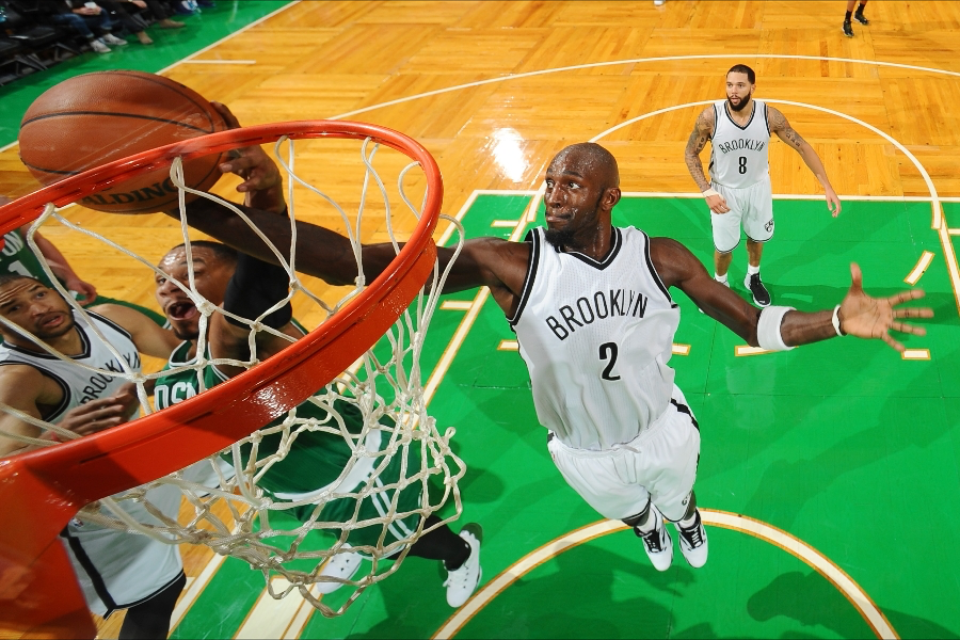 Boston - It was a special night at the TD Garden full of hope for a returning captain, the official debut of the sixth overall draft pick and of course the first Gino sighting of the season. Rajon Rondo reminded us all why he's still one of the league's elite point guards; when he he nearly recorded his 30th career triple-double on Wednesday night against the Nets. Instead he settled for 13 points, 12 assists and 7 rebounds in a 121-105 Celtics victory over Brooklyn to open up the regular season.

"I wasn't as explosive as I was in the past," Rondo said. "At certain points, I felt like I was skipping a beat. Other than than that, it was fun being back out there. It was great to be back out there playing basketball again."

After missing the preseason due to a bone fracture in his left hand, and almost all of training camp with the exception of three practices, Rondo played almost a flawless 30 minutes in the Celtics' season opener. Going 6-of-9 from the field and finding his teammates pretty much all night. One would forget he's just a month removed from the surgical procedure that kept him off the court pretty much the entire month of October.

"He looks like himself," coach Brad Stevens said. "He kind of looks like what i saw on film before I got here. I don't think he ever looked like that at anytime last year...But he's back to full speed. And it's really good to see."

Kelly Olynyk led eight C's players in double figures, finishing with 19 points and 6 rebounds. While Jeff Green added 17 points and grabbed 6 rebounds, as Boston pushed the lead by as much as 29 points after three quarters. The first time Boston had reached 100 points in the first 36 minutes since 2009.

Brooklyn, who was without Brook Lopez, were led by Mirza Teletovic's 20 points and 6 rebounds off the bench. Joe Johnson scored 19 points, along with Deron Williams who also chipped in with 19 and 8 assists. 38-year-old Kevin Garnett finished with 10 points and 6 rebounds after receiving a standing ovation from the Garden faithful during intros. 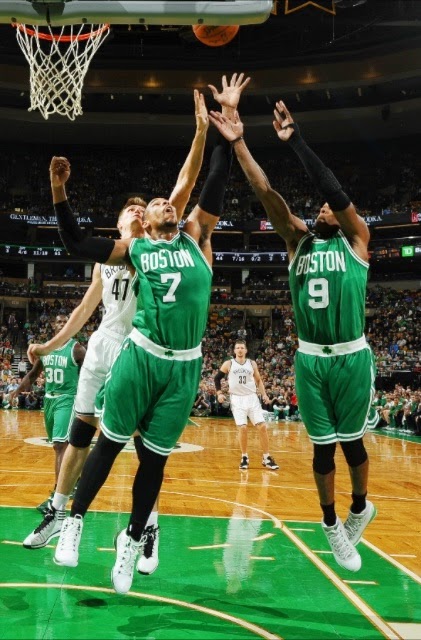 Rondo had decided about an hour before tip-off that he would play, after feeling good due to a pregame nap. He rode the 'T' (the Boston subway system) into the arena and wore a black brace on his wrist and hand, and showed no effects from his injury throughout the night.

The Celtics went on a 17-1 run to close the half to go up 67-44. In the third the lead was pushed wide open, and the home team was up, 101-72, to start the fourth quarter. While the game looked out of reach, Brooklyn went on a 12-2 run to cut the lead to 19. With four minutes left in the final frame, a Joe Johnson 3-ball made it, 112-97, before Boston continued to hit the gas and never really looked back. Afterwards Garnett was asked about being back in Boston.

Boston will have a few days off, before heading to Houston on Saturday night, where they begin a very hectic November schedule. Tip-off is at 7:30 PM.

The Celtics shot 56 percent (64 percent by halftime) to the Nets' 49 percent from the field. While Boston only turned the ball over 12 times to Brooklyn's 20. The only advantage the visitors had on Wednesday, was the fact their bench finished the night with 46 points to the C's 44.