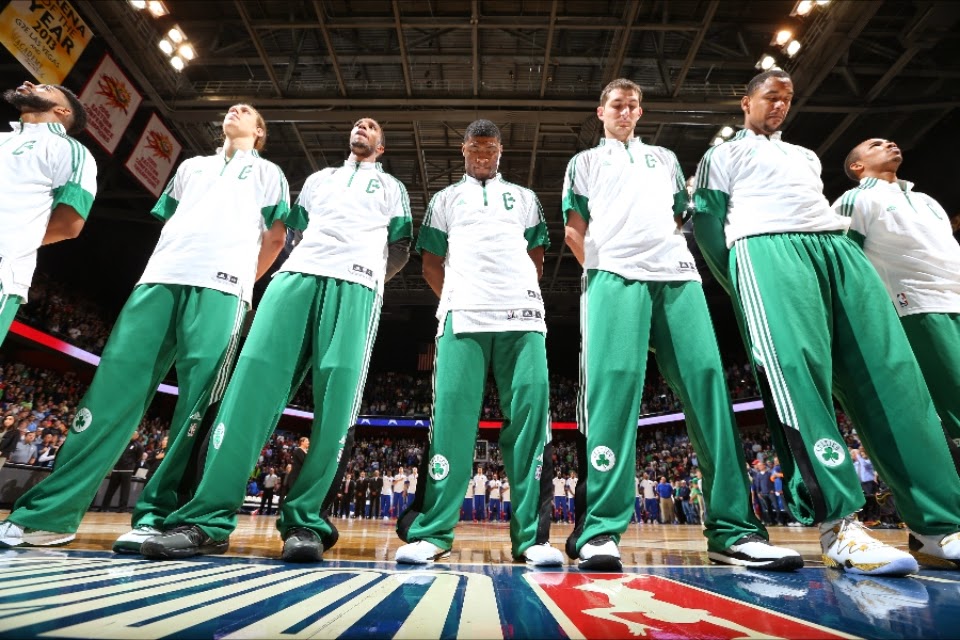 The Boston Celtics will play their home opener on Wednesday October 29 against the Brooklyn Nets at the TD Garden. It's Tip-off week here on Causeway Street and we have graded all the players. After the C's went 5-3 in the preseason, here's a look at our results before the real games begin. Four out of the team's five wins were considered blowouts, and while back-to-backs seemed to be an issue over the last three weeks, there were some positives to take away from exhibition play.

The third year forward has started to come into his own, while arguably being Boston's best two-way player. He shot the ball extremely well (even from the 3), while rebounding at a high level, easily average a double-double in his eight preseason games, which were all starts. Look for the big man to average close to 15 points and at least 10 boards per contest this year. If he continues to take the ball to the hoop, his point total could be even greater than expected. Might be a candidate for league's most improved this season.

We're going to go out on a limb and predict that AB could possibly lead the team in scoring this season at around 18 points per game. If Bradley's shooting (50-percent from the floor, 47-percent from behind the arc) remains constant, we're looking at one of the Celtics go-to-guys especially in the clutch. The last player to be considered that was none other than Judas formally know was Walter Ray, something the C's have sorely missed in the last three seasons. Not to mention Bradley's on-the-ball D will more than likely make him all-NBA-first-defensive-team.

Being a rookie in this league is never easy, especially if your playing time is dependent on whether a the team's captain is healthy or not. Smart not only took the ball and ran with it, he took on all challenges along the way. He was not afraid to shoot even when they were air-balls, but it's his confidence that will go a long way this season. His leadership is overlooked when he racked up assists, while the ability to take the ball to the rim is most definitely one of his strong suits. His knack to play D, is what's going to keep him on the floor. 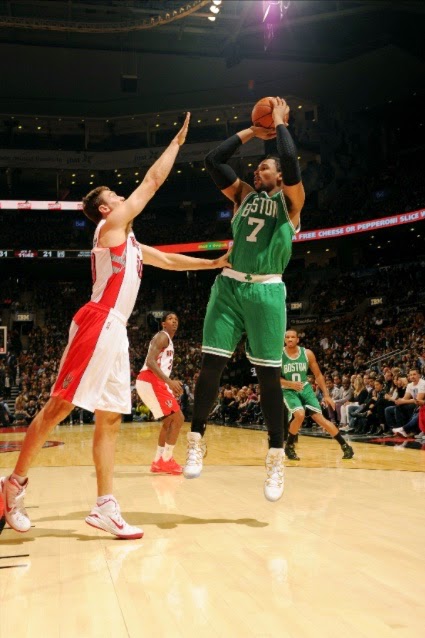 Anytime he was on the floor, it was instant offense. Whether he was shooting or finding an open teammate. Thornton can heat up at any moment, and the Celtics have not had that kind scorer off the bench since James Possey. Even though he is not known for defense, but he can tally up steals in a short amount this preseason. An underrated ball-handler, that could win the C's some games this season especially late in the fourth quarter.

His versatility is his most powerful weapon, and ultimately will be the main reason he will see playing time. Turner's scoring, rebound, ball-handling and passing are all great signs of things to come this season. No other player on this roster can do what he does, which makes him very unique. In his seven starts he played point guard, shooting guard, small forward and even some four. The only thing he needs to work on is his defense, but all his strengths mask his one deficiency.

Green has all the makings of an all-star. Is this the year he finally breaks out to be the type of player we all have been waiting to see? It remains a huge question mark, especially since he only played in only the last three exhibition games. You can see he has improved on his rebounding and taking to ball to the hole should be his biggest strength since he led he team in free-throw attempts last season. Uncle Jeff has to stay aggressive to average closer to 20 points instead of 16 (16.9 PPG last year).

In his limited playing time, fans forget what 'Crash' is still capable of. Forget his $10 million that he will earn this season, Wallace is the kind of veteran all the young guys on this team will benefit learning from. The best part is he his willing to do anything coach Brad Stevens wants him to do, so you really can't underestimate that kind of attitude. Wallace wants to be apart of the rebuilding and he can score, defend and pass with the best of them.

While Bass has always been consistent with his shooting and his defense, at times he seemed lost in the shuffle this preseason. His mid-range game has always been his bread and butter, plus his ability to get to the rim at any given time has been underrated. But perhaps being in a contract year, and trade rumors are finally beginning to distract him a bit. He's even developing a 3-point shot that we are not so sure if that's a good or a bad thing at this stage. 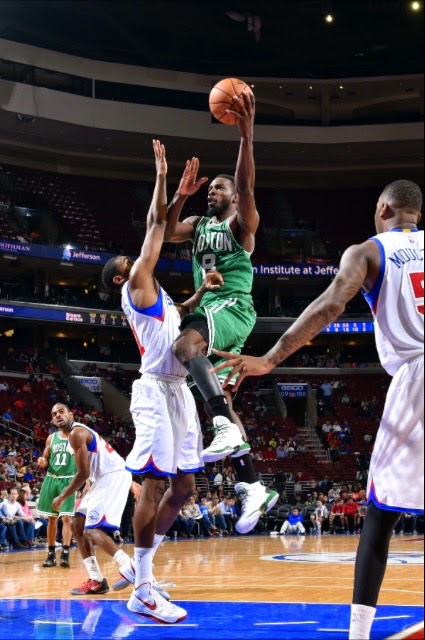 The Canadian started off his preseason shooting and rebounding the ball at a high level. Then his production dropped off a bit, even though he was a starter. While the development of Sully has also been good for Olynyk, the two play extremely well together. K.O. has to be consistent on both ends of the floor to remain within the starting five.

Zeller looked lost at times on defensive assignments, but he picked it up towards the end. The seven-footer knows how to run the floor in limited playing time. He is a great pick-and-roll guy, so that's always a plus especially when Rondo returns. Offense is his biggest strength, but if he wants to receive more playing time, becoming a rim protector would be a great way to get on Stevens' good side.

When giving the opportunity this point guard has always been able to find open teammates. But his 27-percent shooting is what is going to keep him off the court. Pressey worked on his shot during the summer, but it still remains to be seen. With the emergence of Smart, Pressey will need to work even harder to stay in the rotation.

The rookie gets the minus because of his bad hamstring. Not because he suffered the strain, but because he waited so long to alert team doctors and trainers of the pain until it became worst. The lingering muscle injury cut his preseason short. Even though the rook showed promise in the first and last exhibition game scoring wise. Young will have to compete with Jeff Green, Avery Bradley, Marcus Thornton and to some extent Evan Turner on the depth chart for court time this season.

His length will be an asset to this team. The big man only played in six of the eight preseason games, but in his 9 minutes per contest, Powell showed he can defend and rebound. With Joel Anthony gone, Powell will also have a shot to show what else he is capable of.

After slipping in the shower and fracturing a bone in his left hand, most believed he would be out at least two months. Now with the quick healing of the injury, the point guard could return to the lineup in the next 48 hours if all goes well. After Rondo's first full-contact practice last Friday, another evaluation will be needed to determine if the Celtics captain will get the 'OK' to play this week.

The big man had his second knee surgery and will be out another 4-6 weeks. His torn meniscus did not heal the first time around, and hopefully Faverani will avoid any driving while in Spain rehabbing.

Considering this is only his second NBA season, most critics say it's going to be another 'long year' in Boston. Those that were here in year one, can already see the difference in Stevens' approach to the game. He seems more assertive and much more vocal in practice and from the bench. Unlike 12-months ago, the Celtics look much deeper on paper this time around. If Stevens can get his team to buy into whatever he is selling, the ceiling for the C's will be much higher than anyone could have imagined in year two of a 'rebuilding' franchise. There's definitely a noticeable optimism in the locker that really didn't exist in 2013, and Stevens has a lot to do with that.
Posted by Joel Pavón at 12:22 PM
Email ThisBlogThis!Share to TwitterShare to FacebookShare to Pinterest
Labels: avery bradley, boston celtics, BRad stevens, causeway street, jared sullinger, jeff green, Marcus Smart, rajon rondo