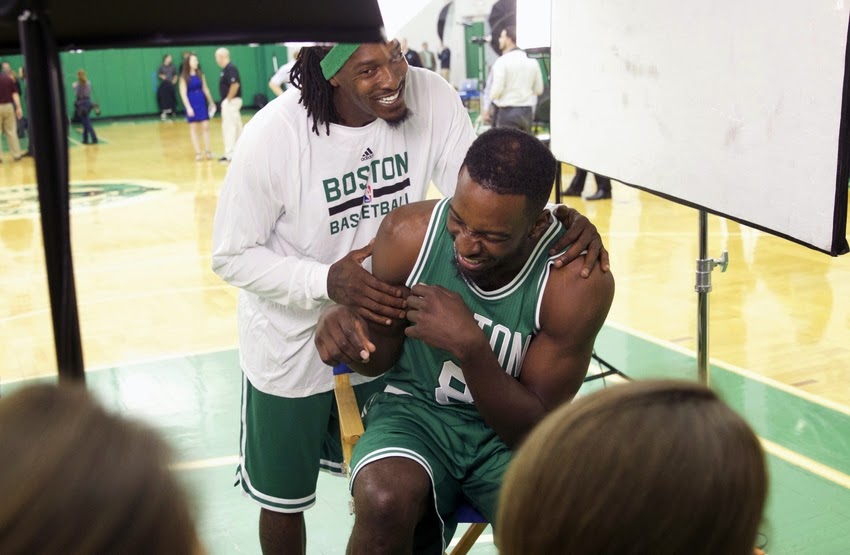 In fact, this season Wallace is taking on the task of helping Jeff Green reach his full potential as a basketball player.


"I've made a great relationship with Jeff," Wallace said. "And like I told him, 'I'm going to be on you all year long" [Boston Herald]


Wallace, who was the 25th overall pick in the 2001 NBA Draft, has an impressive resume. In 2010, Wallace was an all-star and made the NBA All-Defensive Team, he's also a former NBA steals leader. He's a scrappy, combative small forward, the kind of player Jeff Green could learn a thing or two from.


"For this to be a successful season for me would be for him to go to the All-Star Game," Wallace said. "That's one of the things I've been pushing. Me and him have been talking about it. I've been trying to give him ideas and things he can do to improve his game out on the court."

Last season Green posted slightly less than average all-star numbers (17.7 points, 4.9 rebounds) but had a few nights when he looked like a superstar. Green scored 30-plus points four times and made big shots down the stretch in a number of games throughout the season. One play that stood out the most was a game winning three-pointer against LeBron James and the Miami Heat. Inbounded by Wallace himself, Green made a catch-and-shoot jumper look easy. He was poised, tact and showed Celtics fans that he wasn't afraid to step up in big games. 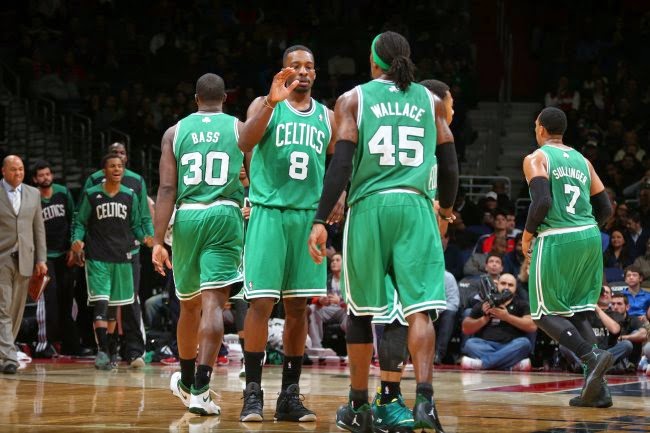 "It's not so much his scoring, but some of the smaller things, you know, getting more rebounds and being more effective on the defensive end," Wallace said. "There are things he can do to become a more all-around complete player."

We all know Green can score but it's his lack of consistency that drove Celtics fans insane last season. In 13 games, Green failed to score in double-digits and scored four points or less in at least four.


However, Wallace makes a good point. Defense and rebounding could translate to a more consistent offensive game, which is what the Celtics need the most from Green. Also, it will of course make him a better basketball player.

A year ago, Green took on a tough task. He was in a big spot. Paul Pierce and Kevin Garnett were gone. Doc Rivers was gone. Rajon Rondo wasn't available. Green had huge shoes to fill under a new coaching system and expectations may have been unfairly high for someone who has never been a number one or two option on an NBA team. Wallace has the experience at small forward and was a number one option at one point in his career, so there's a satisfying feeling in knowing that someone like him is yearning to mold Green into becoming a star in this league.


"I'm here. I'm eager to watch these guys grow," Wallace said. "And two or three years from now when I retire, I'll sit down on the couch and watch them play, and I'll be able to say I helped that guy develop his game and I helped him become the person that he is in the league."

Although Wallace may not be the same player who earned the nickname "Crash" he's still someone who can contribute off the bench. In 58 games last season, he averaged 5.1 points, 3.7 rebounds, 1.3 steals per game and was considered one of the Celtics' best one-on-one defenders.

At times, his often stoic and sulky attitude at the end of the bench gave off the impression that he didn't want to be playing for a young non-contending club at this point of his career. In the beginning that was probably true, but now that he has gotten to know his teammates, Wallace embraces his veteran presence. His season was cut short due to a left knee injury back in March but he's since then had surgery and is 100% healthy, and ready for the start of the season.

It would be great to see Green pick up the scrappy, combative style of play that Wallace embodies. Hopefully it will levitate Green to an all-star caliber level. At this point in Wallace's career, that in itself is gratifying.