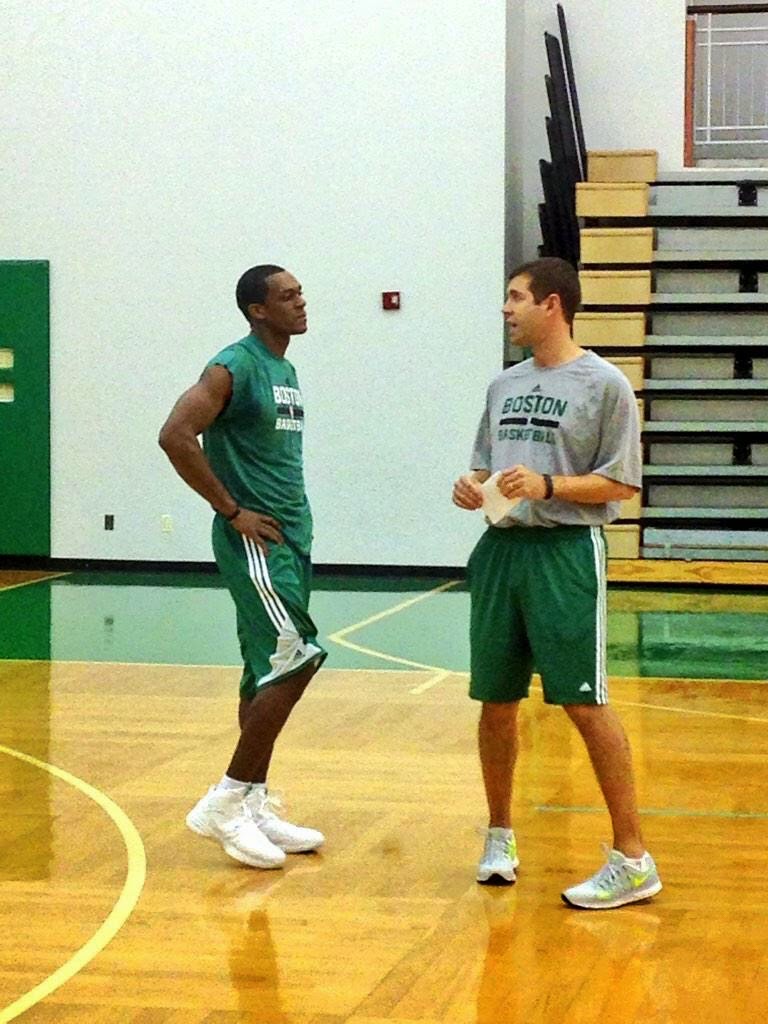 It's been a little over three weeks since Celtics captain Rajon Rondo had surgery to repair a bone fracture in his left hand. After a recent MRI showed encouraging signs ahead of the two-month schedule (the timeline initially believed it would take the bone to heal), Brad Stevens isn't ruling out a possible opening night return for his starting point guard.

"He had a scan on his hand and he's progressing great," said the Celtics coach. "There's a chance he could be cleared to do some stuff by the end of the week." [Boston Herald]

With the season opener a week from today; Oct 29 vs the Brooklyn Nets at the TD Garden, Rondo would only be a month removed from his procedure. Even though he thought he be back sooner than what the team doctors originally estimated for recovery time, the guard is not making any promises.

"I don't know. I still haven't had any contact yet," Rondo said when asked about returning in time for the home opener. "The opener is a week away. I don't want to set goals; I just want to go as my hand heals." [ESPN Boston]

Once offically cleared for contact during practices, which could be as soon as today, Rondo will have a better idea of how his hand feels. He already has participated in shooting drills with no discomfort, and with full contact being the final step before it's decided weather he's ready to play or not, fans will still have to wait and see.

"It doesn't bother me at all when I dribble the ball, catch the ball," Rondo said. "But it's night and day from trying to brace myself hitting the floor or going into the lane and somebody smacks my hand." [Boston Herald]

The Celtics have one more exhibition game tonight against the Nets at the Garden. Rondo once again will be on the sidelines as he has been since the start of training camp, observing and assisting Stevens in any way he can. Once he is ready to be out on the court, he won't be behind when it comes to his conditioning or learning the coach's playbook.

"We have a lot of plays from last year, and I'm pretty much up to speed on all the plays," Rondo said. "This injury is different from last year (ACL surgery). I can run now." [Boston Herald]

So the question remains; will Rondo be in the starting lineup come opening night?

"I think it's a possibility," Stevens said. [ESPN Boston]

Young to play in preseason finale 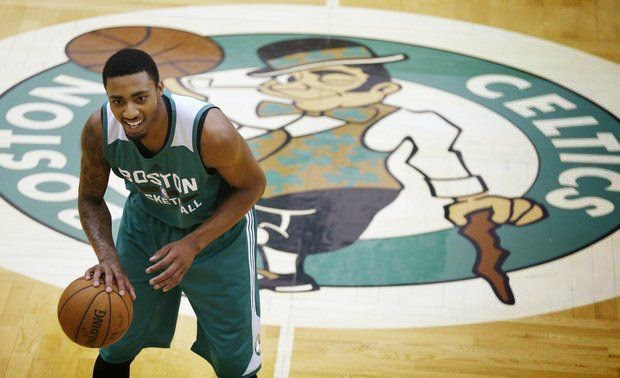 James Young is expected to play tonight's exhibition game against the Nets. Young who hasn't played since his preseason debut on October 8 versus the 76ers, had been out due to a strained hamstring. The rookie returned to practice on Monday as he ran his first scrimmage in almost two weeks.

"I was ready to go out there. I'm back in the flow. It felt really good," Young explained. "I'm so young. I try not to do things too fast. When my time is right, my time is right." [Boston Herald]

Stevens will keep an eye on his rook who now will have to split time with Jeff Green and Marcus Thornton and Avery Bradley in tonight's finale and going forward.

"James has some ground to make up, a bit more from the standpoint of us just evaluating him and seeing how he can preform in these games," said the Celtics' coach. "He did well in game 1 on a bad hammy. He hasn't been able to play or practice since, but he'll do that today. He'll be going up in practice against Jeff or he'll be going up against Avery or Thornton. Those are the guys he need to measure himself against." [Boston Herald]

Young injured his hamstring stretching before the Celtics first preseason game against Philadelphia, where he scored 10 points in 20 minutes on pure adrenaline in a blow out C's win. He waited until the next day to tell the team he was in pain, thus missing the next six games while recovering from the lingering injury.