Turner Looking to Make a Point 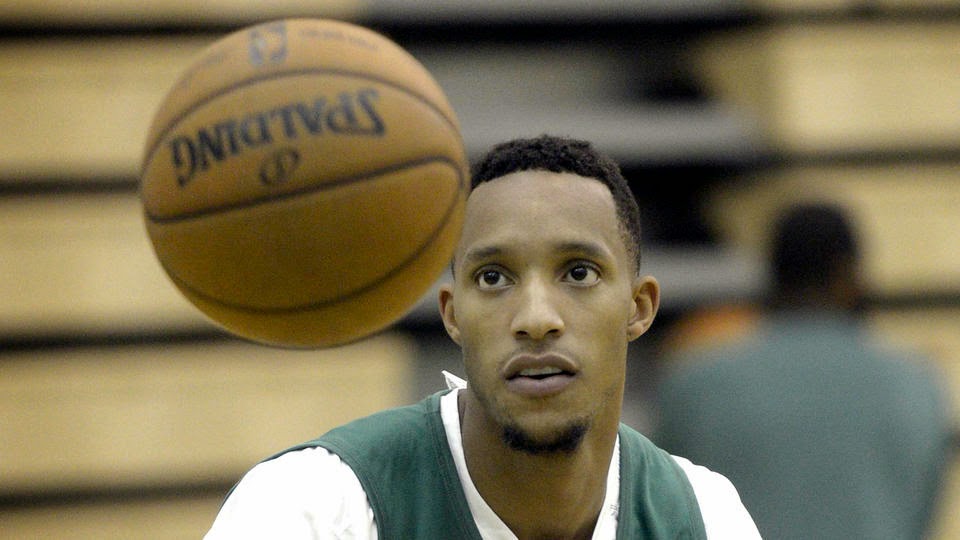 Tuesday was the official start of training camp for the Boston Celtics. While all eyes were on Rajon Rondo during media day and his sling, the question remained who is going to step up to the plate in his absence for the next 8-10 weeks? Since the captain is nursing a broken left hand, coach Brad Stevens elected to put the ball in the hands of Evan Turner.


In Turner's first official practice he was asked do to something he hasn't done since his days as a Buckeye at Ohio State; play point guard. It's been more than four years since the newest Celtic has played the position, but the second overall draft pick from 2010 is ready to take on the challenge despite the possible difficulties of learning the position again.

"Coach [Stevens] and I spoke and I'm going to learn all three perimeter spots," Turner said. "I'm not really overwhelmed by anything. It's my fifth year in the league and I know at the end of the day it's all about making plays." [Boston Herald]

For someone that has been used primarily to make plays off the ball, or having plays ran for him in Philly and Indiana. Turner has only played mostly small forward and some shooting guard the last four seasons. The 6'7 swingman believes going back to his roots will only benefit his new teammates, especially because he's also sees himself as someone who handles the ball real well.

"That's how I grew up playing, so it's something I'm more comfortable with, as opposed to being a catch-and-shoot guy, which I've done in the past," Turner said. [Boston Herald]

The other Celtics players that ran the point on Tuesday were; second-year guard Phil Pressey and rookie Marcus Smart. When Stevens was asked about the possibility of Turner handling the bulk of the minutes at the one for the time being, the C's coach had this to say.

"We only have one point guard healthy that has NBA experience, and that's Pressey. So there's not a lot of it," explained Stevens. "I'm not going to worry about it. [Turner] is a ball handler. He can make plays, he's smart and I think it keeps our other guys in their position that they're most comfortable." [Boston Herald]

After an up and down year with the 76ers and Pacers last season, Turner is glad to get such high praise from his new coach as camp is officially underway.

"He's really calm, really poised," Turner said of Stevens "He kind of has a next-play mentality and a bigger-picture mentality, and that definitely helps for a player like myself and for a young group." [Boston Herald]

Avery Bradley's name was also brought up as another option at the point, but Stevens believes he won't be needed to fill the void.

"I'm not planning on it," Stevens added. "I think [Bradley] got to the point to where he was comfortable off the ball. [Turner] is better with the ball and not withstanding Rondo, he's as good a pick-and roll player as we have." [Boston Herald]

The first time I heard Evan Turner's name as a possible Rondo replacement was during media day. Brad Stevens clearly had done his homework for the last few months leading up to the guard being officially signed. The veteran is just happy to be onboard in whatever role his coaches see fit. But the 25-year-old does have one goal in mind for the next few weeks.

"I want to learn all the plays and just get a pace for myself," said Turner. "I think that's the biggest thing. As long as you play with pace, you'll be fine." [Boston Herald]