C's Cruise Past the Nets in Finale 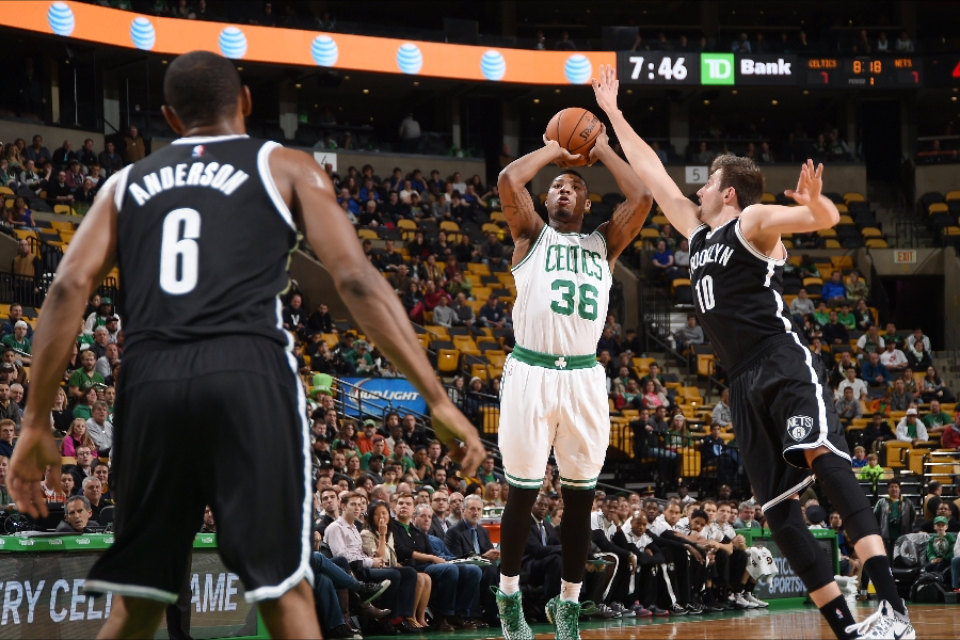 Boston - The Celtics came into the TD Garden having won two in a row on Wednesday night and were looking to end their preseason on a high note. Marcus Smart got his sixth start at point guard, as he didn't disappoint his coaches, leading the C's to a 100-86 victory over the Nets in the process.

Smart; this year's sixth overall pick led the way with 16 points going 5-for-8 from the field. He also handed out 4 assists in 16 minutes, which also included a steal. The rookie had his most balanced exhibition game, knowing when to shoot the 3 (2-5) while also taking it to the basket in limited playing time.

"Coach has been telling me to be more aggressive, attack the rim and then take the 3-ball once you get warm," Smart said. [ESPN Boston]

Meanwhile Jared Sullinger had another monster game against Brooklyn finishing with 15 points and grabbing 17 rebounds in 25 minutes. Gerald Wallace added 12 points on 6-of-8 shooting and handed out 5 assists in the team's second win over the Nets in three days, their third consecutive W overall. The Celtics finished their preseason 5-3, and will meet Brooklyn next Wednesday night for their season opener at the Garden.

The Celtics were down by five early in the second quarter before ending the half on a 26-4 run over the last 6 1/2 minutes to go up 58-44 at intermission. Boston had outscored the Nets 33-19 before heading to the locker room. The C's led 86-68 going into the fourth and never gave up their double-digit lead the rest of the way. It was a fitting finale that had fans feeling optimistic about the upcoming season less than a week away. 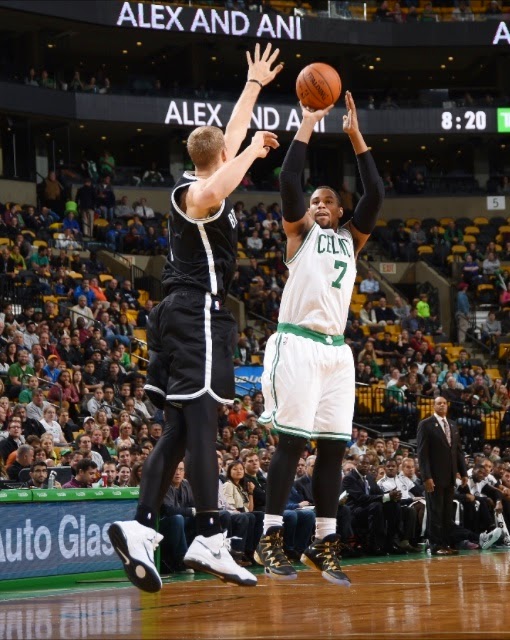 Sullinger has been the brightest spot so far in training camp, and after his last two outings, he can not be ignored as the team's best offensive and rebounding weapon. In eight games he hit the 20-point mark four times, and he also hit the double-digit mark in rebounds on four different occasions.

"I think  he's gotten better," said coach Stevens. "He's worked hard to improve his skill. He's worked hard on a lot of things, especially on the defensive end of the floor that he's just improved from a technique standpoint." [ESPN Boston]

The Celtics still have a lot of work do to before their season opener next week. Until then, this 2014-2015 sneak peek has made it easy to forget the last 12 months and look forward to the many surprises in store for the entire basketball world.

Can't wait til' next Wednesday!

James Young returned to the lineup after missing the last six games with a strained left hamstring. He finished with 5 points, 4 rebounds in 26 minutes (most by any Celtic who entered the game).

"I thought he was pretty good," Stevens said. "He did a pretty good job at times and there were other times were he can improve. All in all, I'd say it was a positive game for him." [ESPN Boston]

Rajon Rondo has been cleared for full contact drills during practice. While he did not play Wednesday night, it has not been ruled out that the captain could return opening night against the Nets. Despite it only beeing four weeks removed from Rondo's procedure, coach Stevens is still remaining positive he'll know more in the upcoming days.

"He's progressing well, said the Celtics coach. "He'll continue to do a little bit more in practice. Did a little bit more yesterday. Anytime that it's even close to a contact-esque drill that he's been allowed to do, he has a nice-sized pad on his hand. Still not fully good to go but certainly working that way." [ESPN Boston]