Stevens on When Will Rondo Return; "It's not my call" 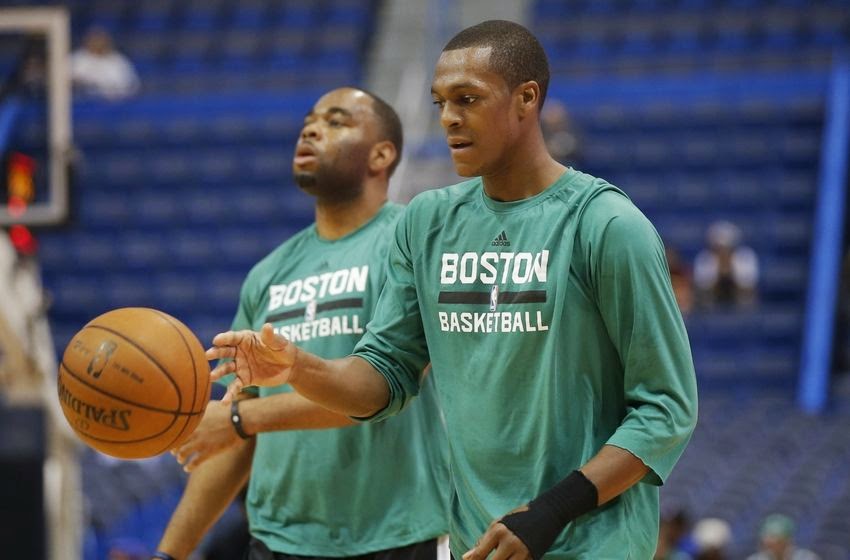 All week Celtics fans have been teased with the idea that Rajon Rondo could be ready to go for the season opener against the Brooklyn Nets next Wednesday night at the TD Garden. After being cleared for full contact a few days ago, coach Brad Stevens remains optimistic about having his guard back in the lineup sooner rather than later.

If it were up to Rondo himself, we would have already witnessed him in some capacity over the last few exhibition games. You'd get a sense of where he was with his rehabilitation. But unfortunately the only ones that can make that call is the Celtics medical staff. A recent MRI showed early signs that the fractured bone in Rondo's left hand is healing well ahead of schedule, but the only way he gets the green light to play Wednesday or at all, is if the bone continues it's progression once it's reevaluated in the upcoming days.

"It's not my call, that's the way I look at it," said Stevens. "When [team trainer] Ed [Lacerte] tells me that someone is ready to play, that's the go-ahead to let them play. I wouldn't rush it. I would not be up here and say, 'We really need this person on [Wednesday] night.' It's just the way it goes. I'm the son of a doctor. I get it. I realize I don't know a lot when it comes to medicine. I let them do their job and they do a great job." [ESPN Boston]

When the Celtics open up their regular season in six days, it would be only four weeks removed from the surgical procedure that repaired a metacarpal fracture in Rondo's left hand. A far cry from the 6-8 weeks that the team had initially estimated it would take to come back from the injury. Despite the captain's desire to return faster than expected, he has been wearing plenty of padding during practice this week to protect his hand and avoid any aggravation.

"He's got almost a baseball mitt on there, it's pretty well padded," Stevens joked. "The team is going to check with the league on what exactly can be worn when Rondo returns to game play, whether that's Wednesday or a bit further down the road." [ESPN Boston]

During the team's annual Tip-Off Gala, where the Celtics raise money for the Shamrock Foundation, Danny Ainge was asked if Rondo coming back early could disrupt the team's chemistry.

"I think he'll fit right in," said Ainge. "I think Rajon is in a great spot, mentally and physically. I can't wait to see him play. He has a lot to prove; I see it in him, [that] he'll probably be able to come back quicker than he thought originally." [ESPN Boston]

Early Thursday morning on a Boston's sports station; Ainge fielded questions about his thoughts of the Celtics finishing 5-3 during preseason and what were the chances of his starting point guard coming back in time for the home opener.

"[It] all depends on if his hand is healed," Ainge said of Rondo. "If the bone is healed, then he will go." [ESPN Boston] 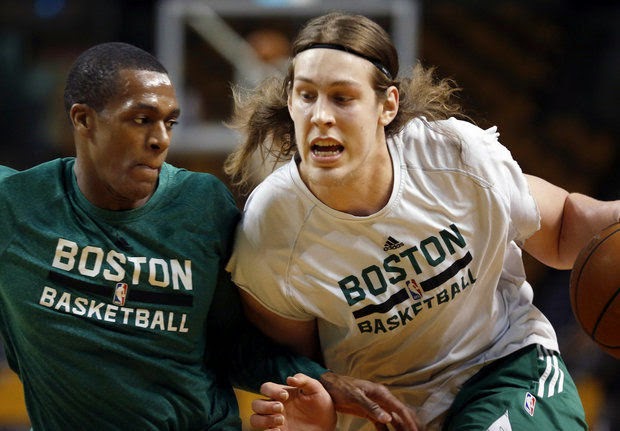 As of right now everything seems in place for Rondo to make his return at the Garden on October 29. If all goes well Brad Stevens knows that his all-star will not be behind the eight ball when it comes to running the show.

"Now it's just a matter of getting clearance, really," said the Celtics coach. "Because everything else, from a skill standpoint, from an understanding standpoint-he's been running our offense in 5-on-0, up and down the court, for 10 days now. He picks it up really quickly anyways. We spent some time watching film, whether it's of the team when he's not on the floor, or just simple stuff that he's been able to do in practice to just try to expedite being ready." [ESPN Boston]

In the event that Rondo is not cleared to go against old friend Kevin Garnett and the Nets next week, Stevens has already named rookie Marcus Smart as his starter to run the offense.

"[Smart has] come a long way, but he's got a long way to go," said Stevens. "I say that with the absolute respect for where he is right now. Because he's really done a great job. I think he can be a very very good player...He can make shots, he certainly impacts the game, and we think he's a big part of us here." [ESPN Boston]

If you ask me? My gut says; we'll see number 9 'taking the snaps' as the opening night starter. Rondo will be ready, and it's just a matter of days before the rest of the Boston Celtics can look forward to having their floor general back. In any case, I got my ticket to the big show. Do you?