Faverani undergoes second surgery in Spain, could be waived 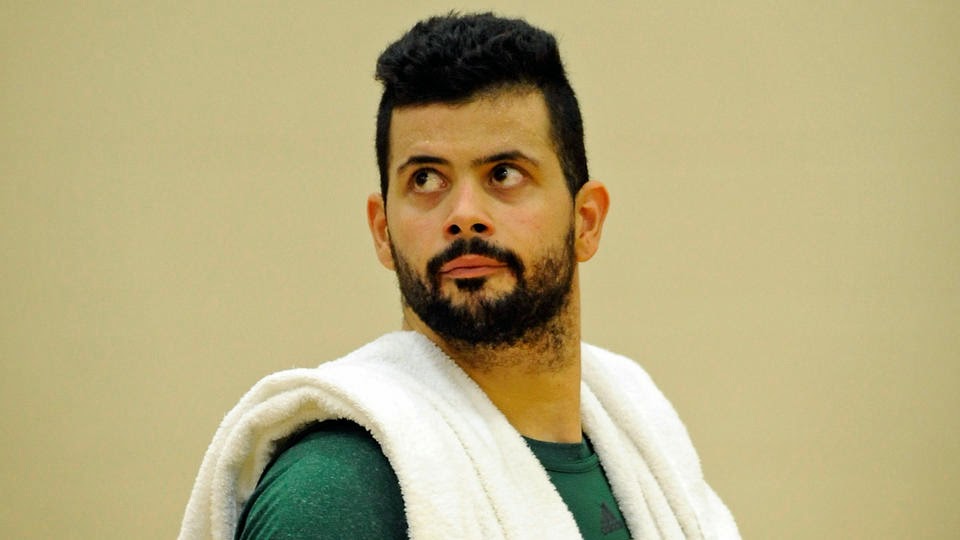 At the start of training camp, Vitor Faverani told reporters that he was healthy and ready to go, but his condition since then has worsened and it could cost him a spot on the Celtics' regular season roster.

Faverani headed to Spain today for a second opinion on his surgically repaired left knee, which resulted in another surgery.

Today, the Celtics released a statement via Twitter that coach Brad Stevens says Faverani's surgery was successful and that he will be out for 6-8 weeks. The Celtics center headed to Spain after undergoing two MRIs; both were inconclusive.

After undergoing arthroscopic surgery on a torn meniscus earlier this year, this is his second knee surgery. Unless the Celtics make a trade, they will have to waive at least one of their guaranteed contracts before the start of the regular season. However, trading an injured 26 year-old unproven big man may be a daunting task. There is currently one too many guaranteed contracts on the roster, and Faverani may be the one who is waived before Opening Night.

Although Faverani showed flashes of becoming an everyday NBA big man last season, his production quickly diminished before midseason. For someone who grabbed 18 rebounds and blocked six shots in a single game, it was disappointing to see him sent down to the D-League and not return to his original form.

Faverani also didn't help his case over the summer when he was reportedly arrested for drunk driving in Spain. Reports say he ran through a red light, and hit a bus with about three times the legal alcohol limit in his system.

Making matters worse for Vitor, Celtics coach Brad Stevens has gone on record to say he likes their second round power forward, rookie Dwight Powell. Powell, 6'11", is currently fighting for a roster spot and has earned himself playing time throughout the past two games.

Faverani is owed $2.1 million this season, but the Celtics can eat his contract under the luxury tax line.

The Celtics will have to make a decision if they want to stick with Faverani within the next couple of weeks.