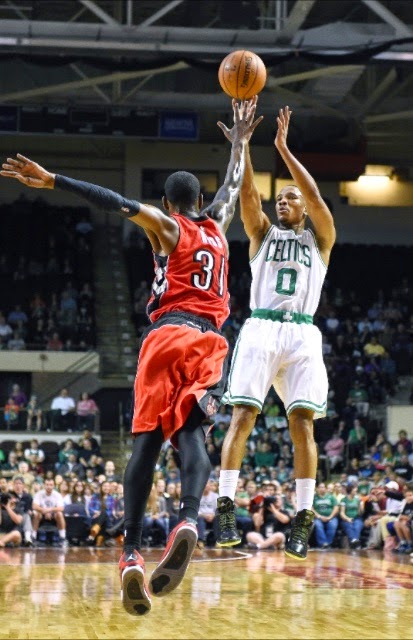 Portland, ME - It was the return of Jeff Green in his preseason debut, as he scored the Celtics first two points 15 second into the game. An assist from none other than Evan Turner who was also making his 'debut' as the team's starting point guard. It appeared it was going to be a good night in Portland, Maine. But in the end, Turner was ejected late in the third quarter, and Jared Sullinger missed the game tying 3-pointer that would send it to overtime. The Raptors had beaten Boston 92-89 for their second victory over the C's in five days.

After the Celtics were down 12 in the fourth, they scored nine straight points in the final 1:47. An Avery Bradley jumper with 8.1 seconds left tied the game at 89 apiece. Lou Williams decided to let the clock run down as much as possible before hitting a dagger 3-ball (the game winner) leaving 0.6 on the clock, for Toronto to go up three. This set up Sullinger (2-for-11 from the field) with just enough time to get up a 3-point attempt, but unfortunately it was not his night shooting wise as he got the shot off but backed rimmed it for the lost.

The Raptors (4-1), playing without DeMar DeRozan (rest) won their third straight, having four players finish in double figures. Jordan Hamilton led the way with 16 points, and the hero of the game Williams ended up with 15, while Patrick Patterson and Terrence Ross each chipped in 12. Kyle Lowry played a limited nine minutes adding 7 points.

For the Celtics (2-3) it was their third consecutive lost after having four days off. Marcus Thornton led all scorers with 17 points in 17 minutes (12 of them came in a span of 3:32 in the fourth). Tyler Zeller had his best performance of the preseason going a perfect 6-of-6 for 13 points, grabbing 4 rebounds, dishing out 3 assists and swatting 2 shots all in 18 minutes off the bench. Avery Bradley also finished with 13, while Marcus Smart in his first time as back-up guard in four games chipped in with 11 points.

Jeff Green in his first start of the preseason after missing nine days of being on the court, returned to a luke-warm performance. Besides getting poked in the eye towards the end of the first half. The forward in 31 minutes attempted 12 shots hitting 3 of them and grabbed 5 rebounds. You could tell there's a little bit of rust still to be chipped away, but don't ask Green if he's concerned after Wednesday night's lost. 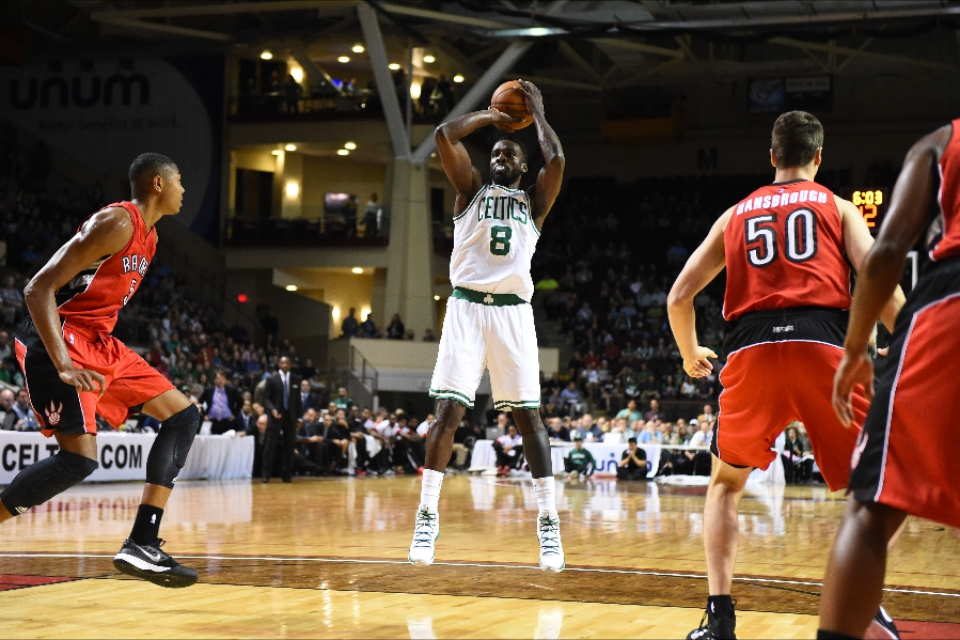 "It feels good to be back on the floor," said Green. "I was overanxious. Just happy to be out there, it's moving too fast, I'm dead tired, but it's going to take a couple of games for me to get my legs under me. Once I get my game legs, I'll be good to go." [ESPNBoston.com]

"I thought he did OK," said the Celtics coach. "I thought he was fine, physically. He got poked in the eye and I think he's fine. As far as in the rhythm of the offense, it was his first game. So we need to get him back and I'm glad he gets a couple exhibition games to get back." [ESPNBoston.com]

Evan Turner not only got to run the offense, Stevens started the veteran at point guard for the first time this preseason. Before getting ejected late in the third quarter (2:09) for picking up a couple of technical fouls for voicing his frustration with the officiating. Turner ended his evening with 11 points, 7 rebounds and 6 assists in 27 minutes. Not bad for starting at the one. Unfortunately he will be a little lighter in his pockets after the league reviews footage of what led to the second T, when Turner rolled the ball towards the ref's legs after he was whistled for his first tech, which got Turner tossed.

Boston will get a chance to snap their losing streak when they roll into the Wells Fargo Center in Philly tonight, to take on the 76ers for the second time. Tip-off is at 7:30 PM on CSNNE.

Both teams didn't shoot well as Toronto finished making 43 percent (6-25 from the 3) of their attempts, while Boston made only 41 percent (8-30 from the 3). The Celtics finished with 23 assists vs the Raptors' 13. Kelly Olynyk returned to the starting lineup after not playing on Saturday against the Knicks due to rest. He finished with 6 point and 7 rebounds in 33 minutes.