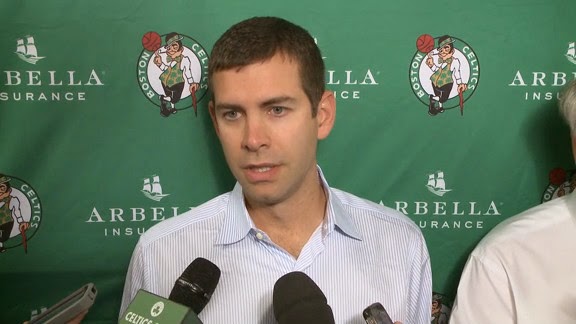 All of Celtics' non-guaranteed contracts will be released; Tim Frazier, Rodney McGruder, Christian Watford, and Erik Murphy. Stevens added that although Fraizer will stay with the team through tomorrow's preseaon finale against the Brooklyn Nets, he will be waived afterwards.

"We're going to keep Tim through (Wednesday) night, and he knows that, because of potential minutes," Stevens said. "But all four guys will be waived and they've been great. I wish I didn't have to waive them, they've been great teammates, they've put in extra work, they've come back in small groups and worked." [ESPN Boston]

Celtics will have a 16-man roster, which is one more than the regular season limit of 15 players. There are rumors of newly acquired guard Will Bynum or big man Dwight Powell to be considered as the odd man out. Celtics take on the Brooklyn Nets at TD Garden Wednesday night at 7:30 pm.
Posted by Josue Pavon at 12:23 AM
Email ThisBlogThis!Share to TwitterShare to FacebookShare to Pinterest
Labels: boston celtics, BRad stevens, brooklyn nets, causeway street blog, espn boston, josue pavon, td garden