No Love Lost for KG & the Celtics 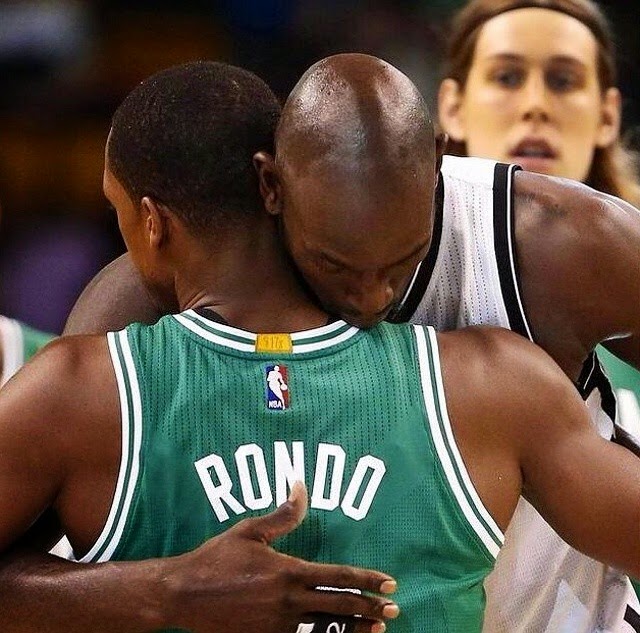 It's hard to believe that only 15-months have gone by since Celtics fans watched Kevin Garnett hold up another jersey that was not green. That press conference in Brooklyn was the beginning of another chapter in the Hall-of-Fame career of the one that became known as 'The Big Ticket'. That July afternoon in 2013 seemed so long ago, and KG is now in year- two with the Nets and in his 20th season overall.

Last night marked only Garnett's second return to the TD Garden, a place he called 'home' for six years. Unfortunately for the Nets, they opened up their season with a, 121-105, loss to Boston. While it's always good to return to a familiar place, in this case, a win over his former team would have made his 'welcome back' that much better.

"It's always special coming back here into Beantown," Garnett said. "It's very hard to foucs, had to go do yoga this morning...get my meditation right, stay leveled. There's a lot or energy in the building. It's always good to come back here. I love Beantown. I'm always bleeding green, y'all know what it is."

He could have fooled the Garden faithful on Wednesday night. After Garnett picked up a technical foul late in the fourth (for a minor dust up with Celtics center Kelly Olynyk, who was also called for a tech) and Lionel Hollins subbed him out of the game for good. What followed next was a 'KG' chant that echoed throughout the arena and Garnett's favorite video of 'Gino' began to run on the jumbo-tron (An American Bandstand clip of a smooth savvy gentleman wearing a T-shirt with Gino across the chest, dancing to The Bee Gees' "You Should be Dancing"). A staple, especially during Garnett's time in Boston at TD Garden; where if the Celtics are usually up by a huge margin in the fourth quarter, the video is shown for fans to enjoy a victory.

Of course KG had never been on the other side of a 'Gino' moment, and he didn't look none too happy when the Garden cameras focused on the veteran sitting on the bench after receiving a tech and his team down by 19. At that point, while the video that Garnett had now made famous was being shown during a timeout, Garnett failed to look up even once.

The big man who was received with open arms at the Garden back in January with a very touching tribute, told the media afterwards he was expecting to see some Gino after the Nets had just beaten Boston, that night. This time around with Brooklyn being down by as many as 29 points, the request was honored, but to an unhappy Garnett at the worst possible time.

"Listen, I was upset," said the former Celtic. "I didn't even get to really really deep Gino in my system. My low moment for the night, you know what I mean? Gino is a big part of me and I didn't get to celebrate it. I'm still a huge Gino fan."

Despite the lost, Garnett seemed to have nothing but kind words about his good friend Rajon Rondo; who was returning to the Celtics' lineup just four weeks removed from surgery to repair a bone fracture in his left hand. The captain finished with 13 points, 12 assists and 7 rebounds. It was a vintage performance to say the least. 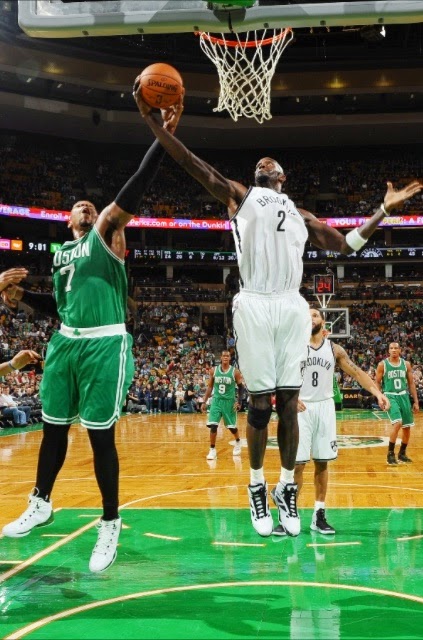 Rondo got to reap the benefits of being on his mentor's good side. The respect the two have for one another seemed like an advantage to the point guard when it came time to run through picks on Wednesday.

"It was special again going against KG," said Rondo. "He's like my big brother. He hit me a couple of times on the pick, but he didn't hit me as hard as he was hitting Avery (Bradley). He nails guys on the pick, and I'm used to him nailing guys for me." [NESN.com]

"Boston's schemes were very clever," said the Nets forward. "They do unorthodox things, like sticking a big in a corner, having the bigs roll, lot of pressure on the smalls. My hat goes off to coach, Stevens and his schemes. They played well."

Garnett even spoke about Celtics' rookie Marcus Smart and his defense. The sixth overall draft pick made his official NBA debut while scoring 10 points, dishing out 2 assists and grabbing 4 steals in 28 minutes off the bench.

"The kid is impressive, said Garnett of Smart. "This is my first time seeing him live, playing against him and stuff. He and Rondo and Avery (Bradley), that's going to be a tandem. I can't wait to watch some of the games. They played great tonight. They seemed to have a nice chemistry together. I hope they can be consistent with that."

It seems like Garnett's heart will always be in Boston even if he is not anymore. His ties to the hub go way beyond his years in green. In fact, his first NBA game as a teenage rookie dates back to November 3, 1995, when the Garden was first build and called the FleetCenter. How many current Celtics could say they remember that day? Just some food for thought on a great 19-years so far for the man they call KG.

For however long the man decides to keep playing, his days in Boston will never be forgotten for not just Garnett but for the city as well. If you haven't figured it out by now, the mutual love between the two will clearly last forever.