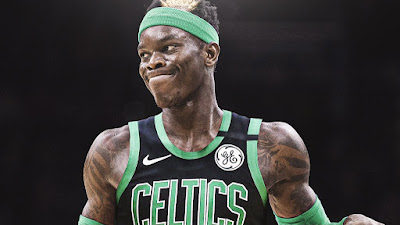 Dennis Schroder has an official new number he'll be using this upcoming season with the Celtics after leaving it up to fans to pick one.
Since the No. 17 has already been retired by the C's and it was the only jersey number the veteran guard has used, Schroder had a vote via his new DS17 online app and the winner was announced on September 17 at 17:17 German time, it was No. 71.

Schroder will likely play a sixth man role in helping the Celtics exceed expectations in an improved Eastern Conference, while Marcus Smart is expected to be the team's starting point guard for the 2021-22 campaign.
The eight year veteran, who can play both guard positions, averaged 15.4 points, 5.8 assists, 3.5 rebounds and 1.1 steals while shooting 43.7% from the field in 61 games played for the Los Angeles Lakers last year.
Joel Pavón
Follow @Joe1_CSP