Enes Kanter ruled out for at least two games 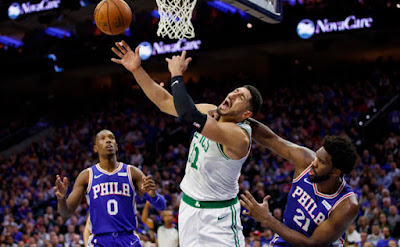 Celtics big man Enes Kanter has been ruled out of Friday's home opener against the Raptors Friday night at TD Garden and will also sit out Saturday night in New York against the Knicks.

Kanter, who suffered from a knee contusion Wednesday night in Philadelphia against the Sixers, will be reevaluated next week.


"I guess it was from the play in the first half where it looked like his knee buckled," Stevens said prior to team practice at the Auerbach Center. "Probably could have been a lot worse but thankfully it wasn't. He felt pretty good at halftime. He got checked at halftime but it stiffened up as the game went on and that's why he didn't go back in at the end of the game -- the last six or seven minutes of the game."

Kanter made his Celtics debut Wednesday and was inserted into the starting lineup before getting hurt. No word on who will take Kanter's place Friday against Toronto.

Predictably, Stevens didn't give media members an update and will probably be tight-lipped hours before tip-off. Kanter's next opportunity to make his return will be next Wednesday when the Celtics host the Bucks at TD Garden.