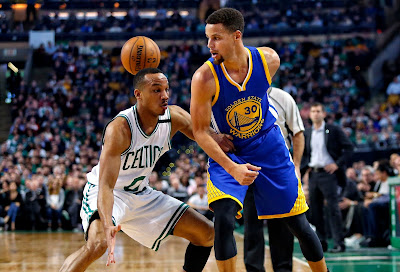 This quote was made famous when in 1851 when the East Coast of the United States began to be  over crowded and over populated. The new car smell of the United States of America was starting to wear off. The idea of a fresh start could be achieved by picking up the family, moving out West and taking a chance on fertile and vast farmland to start over again.


The Boston Celtics find themselves in a very similar position right now in the Eastern Conference. They are caught up in a four team traffic jam for the 3-6 seeds in the Eastern Conference. They have had a serious drop off in play over the last seven games and at times have looked lifeless. It's time for a fresh start out West and a chance to get the wheels on that covered wagon rolling again.

The Boston Celtics will start their unprecedented March and April five game west coast trip tonight, against the Phoenix Suns.  Then they will finish out the trip against the Clippers, Blazers, Warriors, and Lakers. It's definitely a daunting task at this point in the season to not only go out to the west coast for a week and a half, but they will be taking on three of the best teams in the Western Conference in that time span.

With everything so tight in the middle of the Eastern Conference it is imperative that the Celtics have a successful trip. The Celtics have gone 3-2 against these teams already this year, beating the Clippers, Blazers, and Suns.  We all remember what happened against Golden State earlier in the year. Brad Stevens will have his team jacked up for that match up, since last time they were so close to knocking off Goliath. We also unfortunately remember what happened against the Lakers this year and hope the Celtics will be seeking the same type of revenge.

For Boston to come back home after this trip with their head up, they have to go 3-2. No question about it. If they don't then this trip will be viewed as a failure. Obviously on paper the Celtics should be able to handle the Suns and the Lakers.  Phoenix has been a mess all season long. However, the way the Lakers have been playing lately, and the fact it will be the last time Kobe plays the Celtics, that game will be no cake walk.  There is a very real chance this West coast trip could make or break the Celtics season. 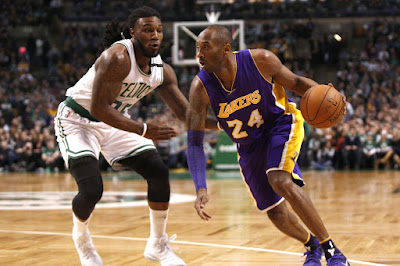 The other three games against playoff teams will be the real test. The Celtics will have to take one if not two of these games to make it a good trip. The Blazers are probably the easiest team of the three but Damian Lillard at home is nothing to play around with. The Clippers have been playing well of late and the Warriors... well...they are the Warriors. If the Celtics can win one of three from these playoff teams and then take care of business against the lottery bums, I will be a happy camper.

There is a chance this trip could be a disaster though. If the Celtics were to go 1-4 in this trip it would be devastating. They could get that West Coast sloppiness that sometimes plagues teams on a long road trip. This would ruin the Celtics season. They would then be looking at playing either the Heat, Raptors, or Cavs in the first round of the playoffs possibly. They cannot afford to have a match up like that in the first round if they do indeed have dreams of a playoff run. 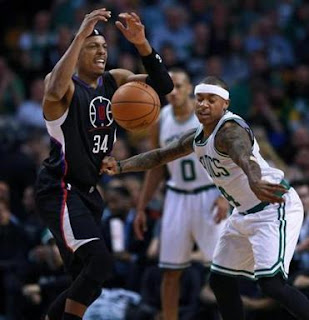 There is some good news for the Celtics heading into this trip, and that is Jae Crowder will be traveling with the team. It would be shocking to me if we saw him suit up on this trip, but then again he is on tough SOB. Also, why else would he be traveling with the team if there wasn't a glimmer of hope for a return along the way.  I doubt they are bringing him along just for moral support.

In other injury news that could effect the outcome of the trip, Avery Bradley missed the team plane due to illness. He is currently listed as questionable for the game against the Suns tonight, but there is a chance he could be returning in time for the game.

So, what to expect from the Celtics in the West Coast trip? That is the million dollar question. Since Crowder has gone out, no one knows what Celtics team will show up that night. I do think it is a good thing for the Celtics to have to face this type of adversity so close to the end of the year. This trip should bring the team together and give them a chance to prove what type of team they really are.

So maybe they do strike it rich in a gold rush of W's along the way or maybe they run out of bullets, get Typhoid Fever, and lose everything while trying to cross the Snake River. (Oregon Trail, bitches) What ever happens though, we will know a lot more about this Boston Celtics team in five games out West.