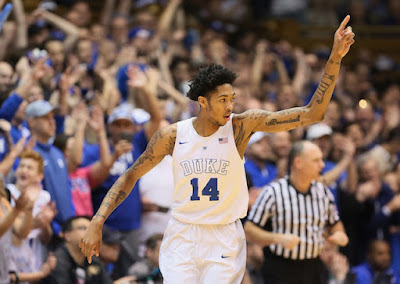 The Brooklyn Nets are God-awful this year and that makes the NCAA Tournament so much more interesting to watch for fans of the Boston Celtics.

The NCAA tournament kicks off this week and there are a ton of big name prospects that will have something to prove. With the Celtics in possession of the Nets first round pick, you know Danny Ainge will be intently watching the tournament.

Unfortunately, Ben Simmons and his pathetic LSU team robbed the nation the opportunity to see the best player in college basketball on the biggest stage. We won't be able to see how he performs under pressure and the projected #1 overall selection in next years draft will be watching the Big Dance from home.

There is a chance that the Nets pick won't land the Celtics the number one pick as we have seen so many times before. Instead of locking in on the thought of Simmons or bust, look outside the Simmons bubble and check out what other franchise changing players will be available. Here are four players everyone in Boston should be watching when March Madness gets underway. 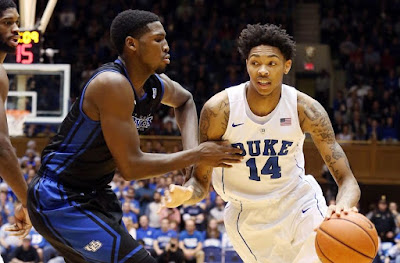 'Baby Kevin Durant' as some call the Duke Freshman Phenom Brandon Ingram. He is scrawny as hell, but Ingram can play. He has swapped back and forth all year with Simmons as the projected #1 pick and has a lot to prove in the NCAA tournament.

Ingram is not a volume scorer for Duke, but he certainly can fill up the box score. He is a long, lanky swing man that has one of the smoothest strokes in the game. He would fit a huge need for the Celtics on the wing and has shown the ability to confidently shoot behind the arc.

Ingram's resemblance to Kevin Durant is uncanny, yet he's not quite the player that Durant was at Texas.  Ingram hasn't put up crazy numbers, but the potential is there. If he can have an explosive NCAA tournament, Ingram could surpass Simmons as the unanimous #1 overall pick this upcoming Draft. 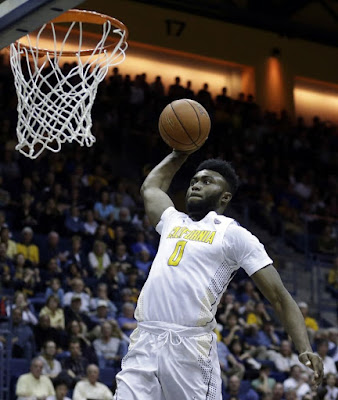 Jaylen Brown is the best athlete in the draft. He has an NBA ready build and one could picture him fitting in very nicely into Brad Stevens Celtics. He is a ferocious wing defender and is long enough to guard an NBA power forward. Brown is very Andrew Wiggins-esque when you look at his strengths and weaknesses.

Brown would definitely need to work on his jumper and ability to consistently knock down the 3-ball. He has been able to overpower his defenders to get where ever he wants on the court this year and can get to the rim with ease. That may not translate entirely on the next level but he is definitely someone for Celtics fans to get excited about to watch this week. 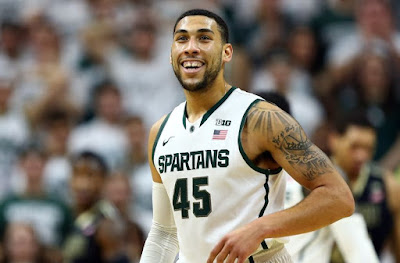 Denzel Valentine is the most well rounded player in the NCAA. He is a grit and grind type of player who is always doing the dirty work and the little things to will his team to victory. It's rare to see that type of commitment to that style of play by someone who is as talented as Valentine. He shoots 46% from deep but is still grabbing nearly eight rebounds per game. He is a senior and will come into the league ready to contribute from day one.

It's strange that someone who has a 30.8 PER isn't in the top 5 of most mock drafts. Valentine's athleticism isn't going to wow you, but neither did Draymond Greens when he came out of Michigan State with the same type of knocks against him.

Valentine would be an absolute steal for the Celtics if he fell to them at wherever the Dallas pick ends up or he could be the saving grace in the chance where the Celtics get screwed in the Draft Lottery again. 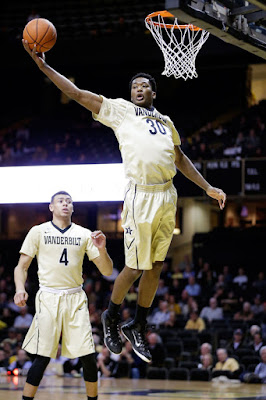 Damian Jones is a big that knows how to do his work around the basket. He isn't the most polished offensive player right now but has the size and athletic ability to become someone like DeAndre Jordan. He's never going to be a stretch 5 but is very good in the pick and role and can run the court very well for a big man. He's and athletic rim protector but definitely has that Hasheem Thabeet or Andre Drummond boom or bust potential.

Jones is intriguing because the Celtics could get him in the middle of the first round. If they keep their pick or Dallas pick they could use it on Jones would would give them a much needed presence in the middle.