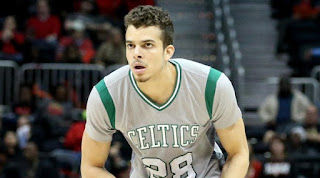 The Celtics will see a familiar face on Wednesday night in Chicago -- someone they called a teammate no less than five days ago.

The Bulls have reportedly signed R.J. Hunter to a one-year deal, according to ESPN's Jeff Goodman.


The Vertical's Shams Charania was one of the first to report the Bulls' interest in the two-year guard. Talks began yesterday and were finalized just hours before the Celtics will take on the Bulls in their second game of the regular season.

Hunter was the last player to be cut from the Celtics' 20-man preseason roster. Third-year swingman James Young beat out Hunter for the 15th and final spot.

In a slightly less crowded back court, Hunter will have battle guards like Michael Carter-Williams, Isaiah Cannan, Jerian Grant and rookie Denzel Valentine for playing time. However, Hunter's outside touch may help to his advantage with the Bulls -- a team that greatly lacks 3-point shooting.