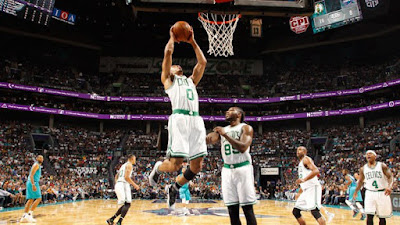 Avery Bradley had himself a night.

Bradley went off for 31 points including a career high eight three pointers to led the way to a Celtics 104-98 victory over the Hornets.


In a game that was tightly contested going into the fourth quarter, Bradley was the reason why the Celtics (2-1) were able to hold on and come out victorious. His 13 points in the final quarter, including 3-3 from downtown, closed the game down for the Celtics. 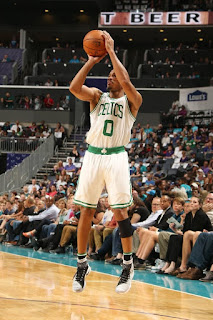 On top of Bradley's lights out shooting on the night, he pulled down 11 rebounds and added 4 assists. Bradley is averaging 8.7 rebounds per game so far this year, and has been a bonus for the Celtics who still struggle to keep pace on the boards.

The Hornets (2-1) took a one-point lead into the fourth quarter, but had no answer for Bradley's heroics. Kemba Walker tried his best to keep pace with 29 points of his own but it wasn't enough for him and the Hornets.

Isaiah Thomas continued his stellar play in this one putting up 24 points and 7 assists. Al Horford also had an Al Horford-type of game, shooting 6-for-10, for 14 points. 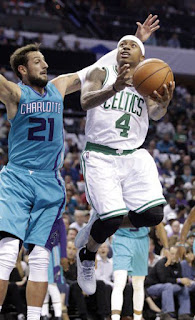 The good news for the Celtics in addition to getting their second win of the year, is that this marks the first game all year that they have held their opponent to under 100 points. The defense, which has been an issue so far this year, has improved every game and Brad Stevens has to be happy with the Celtics holding the Hornets to 40% shooting on the evening.

The Celtics now have a few days off before looking to get some revenge on the Chicago Bulls on wednesday night at the TD Garden.

Avery Bradley is shooting 67% from deep this year. That leads the league for any player averaging more than four 3-pt attempts per game.