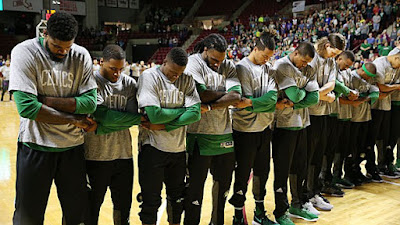 With a new NBA season on the horizon comes renewed faith for all hoop fans. The 2016 version of the Boston Celtics are no different.  The C's enter the 2016 campaign on the heels of a disappointing six game, first round beat down at the hands of the Atlanta Hawks. Some C's faithful will point to key injuries to a handful of Celtics stars but unbiased fans will agree, they simply weren't good enough.

With that message ringing loudly in the ears of coach Brad Stevens and team president Danny Ainge, the team had a productive offseason and landed its biggest free agent star in team history in Al Horford. Add returning former Celtic Gerald Green and third overall pick of the 2016 NBA Draft, Jaylen Brown to the mix and Boston can boast one of the biggest talent improvements among Eastern Conference teams.

Here's a breakdown of those additions and what to expect from your 2016-17 C's:

The end of the 2015-16 season was a stark reminder that talent is still a vital part of the puzzle to winning NBA titles. Boson's list of acquisitions will undoubtedly move them up the talent pecking order but the question will be, how far?

• Al Horford [C-PF]: The biggest signing in team history might be looked at as a minor disappointment when most fans had their heart set on Kevin Durant. However, Horford's addition might be considered a landmark signing that helped Boston get back into the hunt for banner 18. Al's inside-out offensive presence should compliment Isaiah Thomas's pick and roll game as perfectly as possible but his underrated defense may be just as big an addition. His ability to help guard the rim will allow Boston to go small and press opposition at the three point line and jump passing lanes as often as they like. His leadership and team first mentality is a perfect fit in Brad Stevens young team and should help the Celtics take another big step in its "rebuild."

• Gerald Green [F]: Green's return was an unexpected one but will provide Boston with another slasher/shooter to compliment its bench. Still not developed into the star some expected him to be, Green has carved out a nice role in the league as a bench scorer who provides the weekly highlight reel dunk for ESPN's SportsCenter. If he can embrace his role on the second unit and defend within the Stevens system, he should be a nice find.

• Jaylen Brown [G-F]: The third overall pick in the 2016 NBA Draft will enter the pros with more skeptics than fans. Many believe the pick was prime trade bait for an ready-made NBA player but Danny Ainge stuck to his guns and took the swingman out of Cal and has had to defend the pick ever since. Brown will walk into the season as a reserve guard/forward who will battle the likes of Gerald Green, Terry Rozier, and Marcus Smart for minutes but if he can break into the second unit and carve out a role, he could end up surprising the haters and making Ainge look like a genius again.

• Demetrius Jackson [G]: For as skeptical as people were about the selection of Jaylen Brown, fans were just as thrilled with the mid-second round pick out of Notre Dame. Jackson blends size and skill at the point guard position and should push Terry Rozier and Marcus Smart for minutes all season long. His well rounded game should garner an opportunity to shine should Boston move any of its glut of guards. If not, expect Jackson to spend a good portion of the season in Portland, Maine generating rave reviews.

The C's will return eleven players off of its 2015-16 roster and couldn't be more thrilled about it. Boston have kept four of five starters from a year ago with the swap of Jared Sullinger for Al Horford being the only change. The biggest difference for the returning players will be the roles played and some increased expectations.

• Isaiah Thomas [G]: Thomas returns as the Celtics leader in the locker room and its leading scorer. The "little guy" is as explosive as any guard in the league and should be primed for his best season yet with the addition of Al Horford to space the floor. I.T.'s vision and passing will be highly critiqued this season and if he can use Horford as well as expected, this season should yield some positive results for Thomas and the Celtics.

• Avery Bradley [G]: Improving on an NBA All-Defensive First Team season will be hard to do but it will be exactly what the Celtics ask of Bradley in 2016-17. His physical but fair defensive style sets the tone for what Boston likes to do on the defensive end but his ability to be a knock down three point shooter might be his next step to becoming one of the most underrated stars in the Eastern Conference.

• Jae Crowder [G-F]: The steal of the Rajon Rondo trade has continued to pay dividends by Crowder establishing himself as one of the best wing defenders in the Conference and providing 14 points per game on the offensive end as well. Crowder will likely remain the team's starting small forward and slide to the shooting guard or power forward in some lineups for Brad Stevens. While his role will likely remain identical to last season, Crowder's improvement behind the arc (34-percent in 2015-16) will be his biggest contribution to compound last season's efforts.

• Amir Johnson [F-C]: The former Toronto Raptor may not blow you away with his stat lines but his steady contributions on both ends of the floor and veteran presence was a huge help in lifting Boston to its second consecutive playoff appearance last season. Johnson will split time with Al Horford, Kelly Olynyk, Jordan Mickey, Jae Crowder, Tyler Zeller, and Jonas Jerebko at the center and power forward spots but he should remain one of the most used big's on the Celtics roster in 2016. Amir's biggest contribution will be taking on the opposing teams more "physical" big men to keep Horford healthy and fresh for the stretch run in the spring.

• Marcus Smart [G]: The 22 year old Texan may enter 2016 as the most scrutinized Celtic on the roster. Smart has had a stop-start first two years to his career and even the most optimistic C's diehard would admit that his third season needs to be one of marked improvement. Bold prediction: Marcus Smart wins the NBA Sixth Man of the Year award and averages 15+ points, 5+ assists, and 5+ rebounds per game.

• Kelly Olynyk [C-F]: K.O. will enter 2016-17 in a similar position as Marcus Smart, do something or forever be a role player. Olynyk's ability to stretch opposing defenses will be his key contribution to this season's team but improving his defense and pick/pop game will be his ticket into the starting lineup. If the big man can split the seasons minutes at center in half with Amir Johnson, this will be a successful platoon in Boston's eyes.

• Terry Rozier [G]: Rozier's success this season will depend entirely on how many games he can appear in and how many minutes he accumulates (more is better). If he can push Marcus Smart and Jaylen Brown for minutes and a role on the second unit this will be a total success for the second year guard out of Louisville. Rozier's scoring touch and athleticism is fun to watch but he will need to show some defining skills if he wants to have staying power in the Celtics lineup. Look for Rozier to become a key component on the defensive end as a hyperactive back up to Avery Bradley and on the offensive end as a "microwave" scorer.

• Jonas Jerebko [F]: After an outstanding playoff run Jerebko returns to see out his two year deal with the Celtics in 2017. His role is as murky as ever but expect the "Swedish Bird" to be the fourth big man in Boston's rotation until Jordan Mickey or Tyler Zeller can knock him out. If Jerebko can play his way into a sturdy role as the primary back up power forward and a floor stretching forward for the second unit, Boston's bench could be among the best in the NBA.

• Tyler Zeller [C]: Remember what we said about Kelly Olynyk for this season? That day came and went for Tyler Zeller and he proved his best is being a second unit center on an average team. Unfortunately for Zeller Boston is above average and will be looking at him as an emergency option in its big man rotation. His length and athleticism are still above average but Zeller's standout performances are too few and far between to be considered a major contributor to teams who have good depth. Expect him to continue as he has giving Brad Stevens a good 15-20 games at some point this season.

• Jordan Mickey [F]: Mickey and the Celtics bigs make for an interesting mix. Besides Amir Johnson, Mickey is the only "defense first" big Boston will have on the roster to start the season. This opens up a unique opportunity for Jordan to garner minutes as the backup power forward and possibly push for some center time in smaller lineups. The magic number will be 41 for the former LSU man. If he makes 41 appearances for Brad Stevens this season he will have found some type of role and justified his selection over Ben Bentil for the 2016-17 squad.

• James Young [G-F]: The last man, James Young makes the squad because of one thing and one thing only. Potential. Young has loads of it and if he can harness any of it he could be one hell of a player. In the final season of his rookie deal, Young will need to find some type of role in the 2016 team or he is almost certain to be looking for a new home come the end of the season (or possibly even before). Another bold prediction? Boston cuts Young before Christmas and trade a second round pick for Paul Pierce to help add a perimeter scorer to the second unit.

This 2016-17 Celtics team is far from perfect but will enter the year with an abundance of competition for playing time. The starting unit will have four spots locked down with Horford, Thomas, Bradley, and Crowder but besides that, roles and playing time will be an open competition. As always, the Celtics greatest asset, coach Stevens, will be tasked with sorting through the group of young talent but will have something he hasn't in the past. Expectation. Boston has gone from a team of the future to a trendy Eastern Conference Finals pick in the matter of two years and nobody deserves more credit than Stevens. Ultimately, the Celtics faithful should expect 50-plus wins from the Green with at least a Conference Semi-Finals appearance.

Let's hope they can give the fans even more than what they expect.


Picture courtesy of the Associated Press