Paul Pierce Plans to Retire a Member of the Celtics 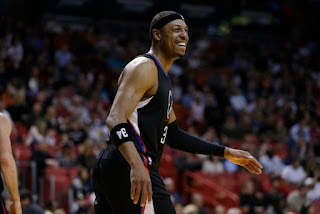 Paul Pierce plans to retire as a member of the Boston Celtics next summer.

In an interview with SiriusXM, the 19-year veteran said that retiring with the team that drafted him in the 1998 NBA Draft is important to him and to all Celtics fans.


Paul Pierce confirmed to us on @SiriusXMNBA that he'll retire as a Celtic after the season... Said he owes it to himself and the fans.
— Justin Termine (@TermineRadio) October 12, 2016


Before Pierce announced on the Players Tribune of his plans to hang em up at the end of the upcoming season, Clippers coach Doc Rivers said he believes Pierce has to retire as a Celtic and that he had conversations with Celtics President of basketball operations Danny Ainge and Assistant General Manager Mike Zarren.

Pierce spent 15 season with the Celtics, averaging 21.8 points, 6 rebounds, 3.9 assists and 1.4 steals. He made 10 All-Star teams and led the Celtics to two NBA Finals appearances and captured one title in 2008.

The full interview with SiriusXM's Justin Termine will air on Thursday.