Belittled by Red Auerbach as a player, Tommy Heinsohn became 'The Redhead' as a coach 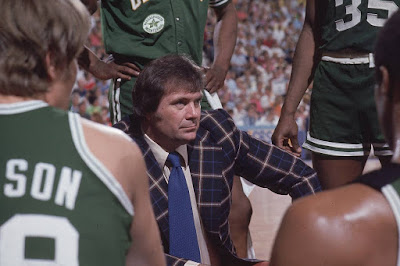 Red Auerbach knew how to manage his troops when he coached the Celtics, but he also didn't hold back on criticizing some of them.

Tom "Satch" Sanders and Don Nelson were often the recipients of Auerbach's barbs, but it was Tommy Heinsohn that was the most-frequent victim, according to my one-on-one interview with Sam Jones.


"I saw a lot of it. I loved it, said Jones. "That meant he (Red) kept off my back. That (Heinsohn) was Red's whipping boy. Better Tommy than me."

Heinsohn helped the Celtics to eight championships and played in six All-Star games. After Bill Russell's retirement in 1969, Tommy was chosen as Boston's next head coach, a move that was subject to much criticism at the time. But Celtics renounced play-by-announcer Johnny Most, got it right.


"To me, Heinsohn represents the closest total of Auerbach coaching attributes of all the ball-players that played for him." said Most. "I think Tommy will turn out to be the junior edition of the Redhead. He will fast break. He will torture them to superhuman rebounding efforts. He will go nose-to-nose with the officials. He will draw many technical fouls. He will be a proud advocate of wide-open, firehouse basketball, with an occasional explosion of violence." [Ten Times a Champion by Mark C. Bodanza]

Heinsohn coached the Celtics from 1969 to 1978, garnering two championships (1974 and 1976) and being named Coach-of-the-Year in 1973. He departed coaching duties after compiling a 427-262 record. His "Big-3" of Dave Cowens, John Havlicek and Jo Jo White proved to be one of the scrappiest and most-exciting Celtics trios ever to take to the parquet. 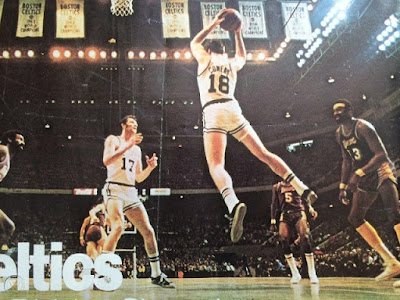 So it turned out that the fiery Johnny Most was correct. Heinsohn's crew ran at every opportunity, ignited by another redhead, Dave Cowens' excellent rebounding and outlets passes. The front court duo of Cowens and Paul Silas accounted for 27 rebounds per game in the 1973-74 season. And Heinsohn was as incendiary in his coaching duties as Most was in his often-slanted analysis of the games. The Celtics in the early-70's did indeed play a "wide-open, firehouse" style that I loved to watch. The current 2019-20 Boston roster could possibly take some lessons from that era.