No minute restriction for Gordon Hayward, Marcus Smart ruled out vs Cavaliers 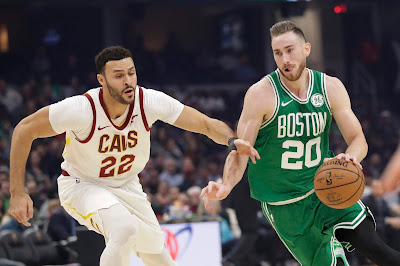 For those that thought the Celtics would finally be at full strength when they hosted the Cleveland Cavaliers on Monday night at TD Garden, think again.

Marcus Smart, who played the first 19 games of the season, will now miss his second out of the last three outings. Smart sat out last Wednesday against the Heat with an illness, while a left eye infection will keep him sidelined against the Cavs, according to Celtics officials.

As for Gordon Hayward, he returns to the lineup for Brad Stevens after missing the last 13 straight games with a left hand fracture, which occurred on Nov. 9 during the Celtics win over the San Antonio Spurs.

Hayward, who was originally scheduled to return on Christmas Day at the earliest, will start and not be on a minute restriction, but Stevens and his coaching staff will keep a close eye on the Celtics forward while on the court.