It's time for the Celtics to strengthen their bench 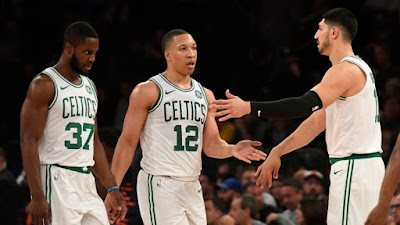 It became obvious during the Celtics 122-113 loss to the Pacers on Wednesday, Boston's bench was simply a non-factor after being outscored by the opponent's second unit 47-19.

Marcus Smart was out with an eye infection - Jaylen Brown and both Daniel Theis fouled out, while Gordon Hayward suffered a game-ending facial contusion. That's all that Indiana needed to take the game away from the Celtics.

With the Celtics in control late in the third here was Brad’s lineup:


This has been a season-long issue for the Celtics, who have a 17-6 record after 23 games, but they are second-to-last (29th) in the NBA in points scored off the bench. Boston's second unit only scores 27.1 points per-game. Compare that figure to the top-ranked Clippers whose bench puts up 52 points a game and it's time for the Celtics to address this problem.

I recently proposed that Danny Ainge should at least make an inquiry about Wizards' sharpshooting big man, Davis Bertans. As Washington's second-leading scorer behind Bradley Beal, he's putting up 15.7 points in only 28.9 minutes per game. Bertans would fill Boston's need for a quality big, while adding a proven scorer off the bench that hits the 3-ball at a 46.5-percent clip. 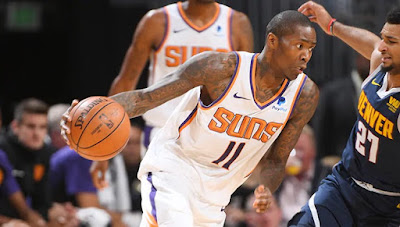 The Celtics lack of bench scoring will be exploited come playoff time, and the addition of a veteran that can come off the pine to put points on the board seems vital. It's a surprise that 19-year-veteran, Jamal Crawford, is still available on the free agent market. Crawford hasn't hit the rocking chair quite yet, and the 2-way guard needs another shot on a title contender.

One of Boston's few weaknesses has been exposed, and it may be time for Ainge to act and repair it sooner rather than later.