Cetlics vs. Warriors Preview: Five Reasons Why Celtics Will Win 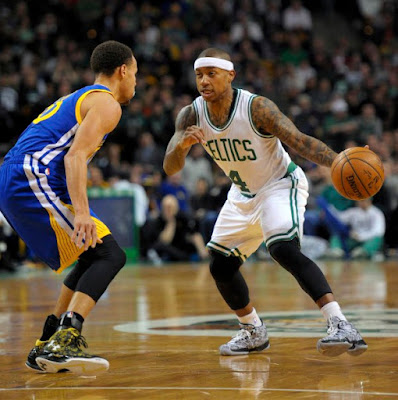 About two weeks ago, I wrote an article comparing the 2008 Boston Celtics to the 2016 Golden State Warriors in a hypothetical seven game series throw down. Since then, the Warriors have continued their undefeated season and are now 23-0. I still stand by my pick of  Pierce, KG, and Allen's Celtics to beat the current Warriors squad in a seven game series, but man, it is  getting harder to stand by that pick with each and every Warriors win.

Tonight, the current version of the Boston Celtics get a chance to knock off the Warriors. It's not hypothetical and will happen right before our eyes at TD Garden tonight when Steph Curry comes to town doing his best 'Basketball Jesus' impersonation. The reigning undisputed, undefeated champions of the world will have to go up against the scrappy, underdog Boston Celtics.  The WWE couldn't even write a better script for this one.


The Celtics are playing their best basketball of the season and some say are the best team in the Eastern Conference. Can they knock off Goliath? Here's five reasons why I think they can.

In the buildup to this marquee match-up the Celtics are doing their best to downplay the significance of this game. They are focusing on strictly playing their game and trying to do what they do best which is force turnovers.

The Celtics strength all year has been the ability to force a turnover. The C's defense led by Jae Crowder and Avery Bradley is cranking out a mind blowing 18 forced turnovers a game. That includes the team's league leading 11.1 steals per game average.  This is their bread and butter, and they have to force these turnovers to make sure they get extra possessions. 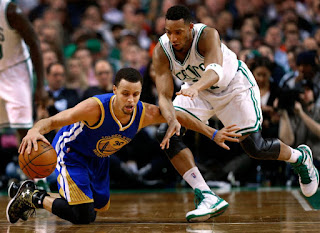 The Celtics have no chance if they get into a run and gun offense based shootout with the Warriors. They have too many guys on Golden State that can run and drain shots. The Celtics need to slow them down by forcing turnovers, then out shoot them with more shot attempts.

You may have read that and thought to yourself that hell has a better chance freezing over before the Celtics can slow the Warriors down. Here's what people are overlooking though, the Warriors actually are 25th in the league in turnovers averaging 15.6 turnovers per game, and only forcing 14.3. The Celtics have fed on turnover prone teams so far this year. Obviously, the Warriors are different because they haven't lost all year, but it's worth watching out for.


2. Isaiah Thomas has to Play at All-Star Capability 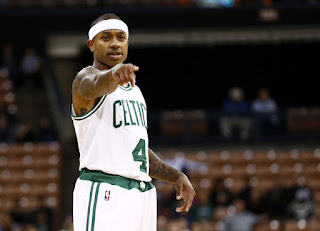 Isaiah Thomas has been a top 20 player in the NBA this year. He is by far the Celtics most consistent scorer and in the recent wins he has been able to get what ever he wants on the offensive end. Tonight's game against Golden State has the chance to be Thomas' statement game. This is the biggest regular season game in recent Celtics history since Lebron and the Heat came in to town to open the season in 2011. Isaiah Thomas could become a star tonight in the world's eyes.

Not only would a great performance launch Thomas to NBA stardom, but the Celtics need their best player to dominate in big games. After a sub-par playoff debut last year, Boston needs to see how he will step up in a big game against better competition. If the Celtics have any chance keeping up with the Warriors tonight Thomas needs to put in 30-35 points, 5-7 assists and not to turn the ball over.

3. Sullinger Needs to Dominate the Paint. 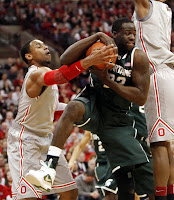 Sully has been a beast lately. He must have been hearing me screaming at my TV for him to stay in the paint all season because in the past two games he has been an other worldly post player. He's pulled down 36 rebounds in two games, one of them was against Anthony Davis; arguably the best big man in the league. He's also limited his 3 point shooting this year, which makes me happier than Sully walking into Tasty Burger. (Sorry, I had to.)

Sullinger will have to deal with Draymond Green tonight, just like they did in the Big Ten 4 years ago. Green is superb in running the floor in transition and can hold his own down low.  For the Celtics to win, Sullinger needs to win the match up. Not by outscoring Draymond but by out-rebounding him and dominating on the defensive end.

Thompson will be a game time decision tonight for the Warriors. If he can't go the Celtics should win the game. He was starting to play his best basketball of the season before he went down late in the Pacers game with a rolled up ankle. Reports say hes about 70% healthy as of this morning so we shall see what happens.

Harrison Barnes is out still nursing an ankle injury.  The Celtics have to take advantage of the depleted roster if Thompson has to miss the game. The Celtics will be without Marcus Smart tonight, but the Warriors losing two starters will be a huge bonus for the Celtics chances.

Seriously, the only way the Celtics have a chance to slow down Steph Curry is if he's one of those loyal Chipotle fan boys that are still eating there. (Looking at you Danny Ainge)  E-Coli is the only way to slow down Steph Curry, and that is 100% the truth.  So Chipolte owners in Boston, if you want all this bad PR to go away after you poisoned the entire Boston College Basketball team, make sure you comp Steph Curry an extra rank burrito with all the fixings.

Just kidding, don't go to Chipotle, Steph.We're saving that burrito for May when LeBron comes back into town. By the way what anyone know what these guys are doing tonight? 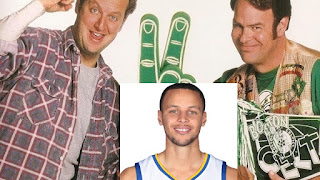